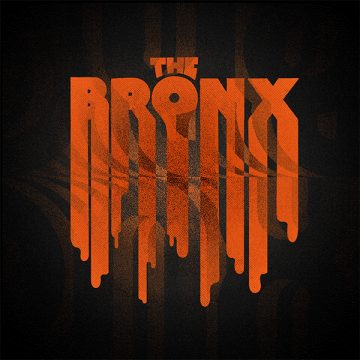 LA punk outfit, The Bronx, has returned with their first new record since 2019’s Dead Tracks, Vol. 2. The Bronx VI follows the release of five singles throughout 2021 – “White Shadow”, “Superbloom”, “Watering The Well”, “Curb Feelers”, and “Mexican Summer” – while also marking the debut of their newest member, drummer Joey Castillo (Queens Of The Stone Age, Danzig, Zakk Sabbath). The explosive album is distinctive of the band’s unique style and has all the makings to be the best punk record of the year.

In traditional fashion for The Bronx, the opening song, “White Shadow” will straight up kick your ass. The relentless song is exploding with energy and – even if the throat-wrenching vocals have toned down over the last few albums – is as ferocious as always. The album continues forward with three of the previously released singles with “Superbloom” providing a heavier take on modern pop punk, while “Watering The Well” sounds as if The Rolling Stones were a punk band (check those classic Keith Richards-inspired hooks) and “Curb Feelers” will throw you smack down in the dirt with a gritty and catchy rocker that also features one of the best guitar solos on the record.

Throughout the 11 songs, The Bronx sound reinvigorated on what can be their most versatile album yet. From the jangly riff of “Peace Pipe”, to the slithering swagger of the Latin-inspired single “Mexican Summer”, The Bronx VI covers signifying musical ground. At their heaviest, “High Five” feels nostalgic for Rage Against The Machine with guitar licks sounding as if they were pulled straight from Tom Morello’s bag of tricks while “New Lows” is a blistering sledgehammer to the side of the head. Additionally, the rhythmic hook and breakneck pulse of “Breaking News” and the tight groove and solo of “Participation Trophy” are also worth mentioning. Track after track is a true highlight and masterclass of modern punk performance, unique songwriting, and lyricism.

While over the years, The Bronx have mellowed slightly in sound, the bombast, the raw energy, and the sheer visceral nature of their performance is at the centre of The Bronx VI. The band revels the grey area between hardcore punk, hard rock, and metal in a manner that remains distinctive, exciting, and dangerous – things that have all too often been absent from the punk genre of the last decade. The Bronx VI has all the makings of a classic record from the veteran punk band, while also following the stylistic trajectory of the previous records and, most importantly, is an absolute blast to listen to. Without a doubt, The Bronx have delivered the punk album of the year.

A passion for music has always been a part of Gerrod’s life. As a young boy, he was raised on a steady diet of the music from The Chili Peppers, Aerosmith, The Stones, Prince, and others from his mum. Raised in the GTA, Gerrod continued to foster his love for music by attending a wide range of concerts and learning the drums. His unapologetic passion for music has no bounds and has spread to a wide variety of styles, whether it be the 90’s rock that sound tracked his teenage years, the jazz he studied in university, or his newfound love for hip-hop. He recently received his bachelors in music and education from York University and is passionate about writing and reviewing good (and less than good) music. Gerrod is also the drummer and songwriter for a Toronto based rock & roll band, One In The Chamber.
RELATED ARTICLES
album reviewalbum reviewscooking vinyl
8.0