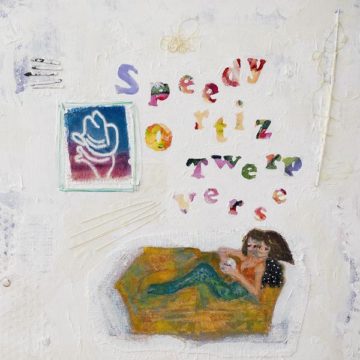 Grunge-infused, indie-rock foursome Speedy Ortiz are a bit of an enigma, and not just in the attempt to place them in a genre that comes somewhere close to describing them. Sonically, they revel in breaking the conventional rules of rhythm and song structure, with drums and guitars as often juxtaposed as paired with the vocal delivery and metre of lead-singer Sadie Dupuis’ lyrics. There is something deeply compelling about that desire to build songs that sound and feel slightly off-kilter. Dupuis’ lyrics are equally compelling – at times direct and at others foggily vague, her lyrics are as much a product of her Masters of Fine Arts in Poetry as they are her life experiences. It would be a safe assumption that it is a purposeful decision to create a sonic landscape that is as perplexing as has been created lyrically.

Dupuis’ lyrics are so dense as to require further investigation. It’s obvious that much of the album is structured around the upheaval, both personal and social, that Dupuis has experienced since the band’s last release in 2015. These are songs of loss as much as they are songs of union, of regret as much as reflection, the current connecting all of the tracks being Dupuis’ attempt to make sense of the world she has found herself living in. Direct phrases like:

“Well, I guess we’ll have to wait to be friends,
But at least we know each other here in hell
Seeing you is the highlight in a saccharine movie I gotta keep on mute”

(taken from “Backslidin”) convey meaning with as much clarity as those that are more suggestive of a truth, like:

(taken from “Sport Death”). Paired with the thrust and urgency of the instrumentation, these are lyrics that become painfully authentic, no matter how they are delivered.

If for no other reason than to challenge yourself to listen to music that will challenge you back, give Twerp Verse more than a few listens. It is an album that reveals itself in new ways with each listen, and is as perplexing as it is profound in terms of creative vision.

Br. lives in southern Ontario, grew up on The Beatles and The Journeymen, spent his adolescence immersed in grunge, and his adulthood in British alternative. His greatest joy is seeing his son dance and grow into his own appreciation of the indescribable joy of music...
RELATED ARTICLES
album reviewscarpark recordsspeedy ortiz
8.0