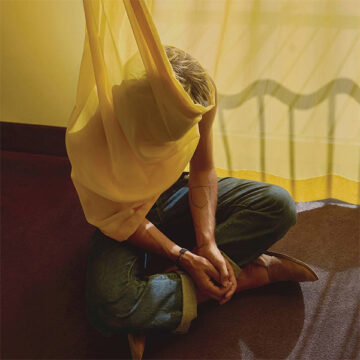 Reuben And The Dark
In Lieu Of Light
Arts & Crafts

Reuben Bullock and his band, aka Reuben And The Dark, have slowly been building a reputation as one of the more refined purveyors of what can be dubbed as intelligent rock, working in the range of artists like The National and War On Drugs. You just don’t get a chance to have your music featured on TV shows that have been known for its good musical taste, like Breaking Bad or Grey’s Anatomy.

On In Lieu of Light,’their latest  album, they seem to be taking such an approach to yet another level of refinement. The reasons for that may lie in the fact that not only has the band has taken its musical capabilities up another notch, but that Bullocks singing seems to have taken him to some of the best vocalists at the moment.

Part of the reason for the latter may lie in the fact that his lyrics have also become, at the same time, more personal and more open to the audience than before. The results, like on tracks like “Timelapse Clouds”, “Traveller of Swords” or the lead single “All My Friends” are practically breathtaking and never less than outstanding.

Formerly a lot of things, including a journalist and a translator, currently a freelance writer living in The Netherlands.
RELATED ARTICLES
album reviewalbum reviewsarts & crafts
8.0