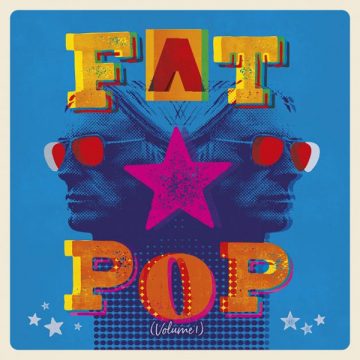 Paul Weller returns with Fat Pop (Volume 1), his 16th solo LP, created  at his Black Barn Studio in Surrey, where he recorded the vocals, pianos and guitars, and then sent to his bandmates (drummer Ben Gordelier, guitarist Steve Cradock, and bassist Andy Crofts) for fleshing out. Along with a newfound sobriety, which he credits for upping his creative “game,” specifically with regards to his songwriting, Weller has produced another winner.

Consisting of 12 mostly upbeat tracks, Fat Pop (Volume 1) showcases Weller’s command of the current musical landscape, and his ability to effortlessly navigate his long and storied career, dating back to his days with The Jam And  Style Council, and up to the present as a solo artist.

The standout tracks on the album include the superb track “Failed” which, to me, cries out to be released as a single, and shows Weller at his most vulnerable lyrically, and as a father. As a bonus, it also includes a scorching guitar solo.  Other songs worth noting include the title cut, “Fat Pop,” “Cosmic Fringes”,  “True”, “Moving Canvas,” and the ballads “In Better Times” and “Glad Times”, which is truly an elegant, melodic, uplifting and contemplative musical musing about life.

Gerry Young is President of Current Records and Management, and author of the 2011 biography Pop Goes The Weasel: Rock And Roll Off The Record, available at Indigo/Chapters, Barnes & Noble, and Amazon.com. He has recorded and managed Juno Award winning bands Martha And The Muffins and The Parachute Club among others.
RELATED ARTICLES
album reviewalbum reviewscosmic fringes
7.0