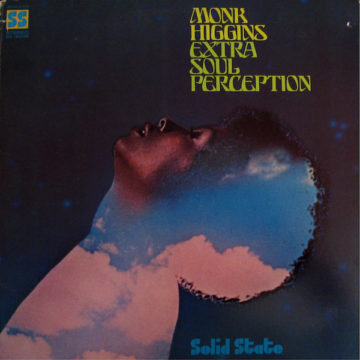 Studio musicians and writers are often the unsung heroes of other artists’ music, rarely seeing the limelight themselves. Sometimes there’s good reason for that: it takes a lot more to create your own musical masterpiece than it does to be a part of someone else’s project. You don’t have to look any further than Pink Floyd’s Dark Side of the Moon to find an example of a work of art coming together thanks to the contributions of musicians you’ve never heard of. Despite spending most of his time in the studio, it would be unfair to remember Monk Higgins exclusively for that kind of work. With a slew of writing credits for Bobby Bland and Muddy Waters (among others), it’s easy for Monk to be put cast aside into that kind of box. That’s why this year’s 49th anniversary vinyl re-release of his album Extra Soul Perception is the perfect opportunity to shine the spotlight on Monk’s own musical achievements.

Though it was released to relatively little fanfare in 1968, Extra Soul Perception has managed to stand the test of time as an album worth listening to and it’s not hard to see why. From the offset, the titular song shows Higgins’ dexterity as a band leader with weaving, and somewhat psychedelic, melodies creating an ambient and airy atmosphere that brings to mind the classic jazzy aesthetic of a rainy summer night. The album builds from there with an original song ‘The Look of Slim’ before delving into a slew of covers of songs from the likes of Herbie Hancock and Vee Pea. While the difference between Monk’s own work and his arrangements of “Canadian Sunset” and “Little Green Apples” is quite noticeable, losing some of the album’s experimental tendencies, others like “Just Around the Corner” fit in well with the album’s aesthetic and progression.

It’s these songs where Monk Higgins’ weaknesses as a band leader expose themselves. While each track is well arranged with cross-instrumental melodies and dynamic contrast that belies his musical understanding, Monk’s own lead parts do little to stand out from the rest of the band. His soft, expressive lines often seem to lack the edge that the likes of Miles Davis or John Coltrane entranced their listeners with, even if Monk’s play style is beautiful in its own right. While this limitation is more obvious on many of the cover tracks, his saxophone does seem to live more comfortably in his original work, with his playing on “Doing it to Deff” deserving special praise.

It’s those original tracks that, unsurprisingly, make Extra Soul Perception more than a generic jazz album gathering dust in the back. It’s here that the progressive, psychedelic tendencies come to the fore and where Monk’s influence in bringing Funk and R&B to life out of the ashes of jazz is more obvious. Groovy basslines and instrumental experimentation with strings and percussion give these tracks a more luscious soundscape than other staples of the genre, while the variety of the tracks give the audience a rich listening experience throughout the record. All these elements benefit greatly from the album’s modern remaster, with the clarity and tone of every instrument given the room to breathe that they deserve.

Extra Soul Perception is hardly an album that would stand out to more casual listeners, with the album’s greatest strengths being more on the subtle side of things. There’s not a solo or individual track that truly stands out as something special, but the album carries itself well through its various experimental tendencies as well as its more conventional moments. It’s not an album for everyone, and that’s probably why it’s not a true ‘classic’, but Extra Soul Perception is a wonderful journey that’s there for anyone looking to travel through the heart of what makes jazz special.

Based in Montreal but raised across Western Europe, Andrew feels at home both everywhere and nowhere. Having picked up the piano at age four, he has since gone on to add clarinet, saxophone and guitar to his musical arsenal. As well as crafting music, Andrew spends a lot of time listening both at home and in live contexts. Rather than focusing on a particular style or calibre of artist, he is keen to explore music of any shape or size. Outside music, Andrew's passions lie in philosophical writing, visual art and sharing positivity with the world around him.
RELATED ARTICLES
album reviewalbum reviewsreal gone music
8.0