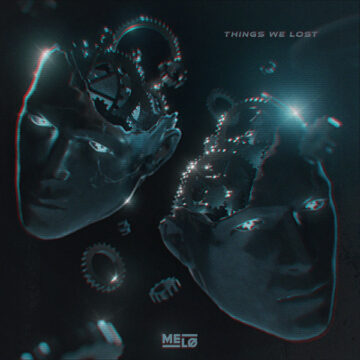 Things We Lost is the debut EP from Windsor-based artist MELØ. He describes his music as riding an “edge where retro-futurism meets indie-pop and blooms into overdrive”.  That is not a bad description. This is an artist who has one foot firmly in the 1980s synth pop sound and his other foot in the present. The music is not so much as retro as it is heavily influenced by the sensibility of the time. In other words, like the great dance/synth/pop records of the 1980s, this EP is four strong, melodic songs with somewhat intense lyrics and sentiment and it works.

Things We Lost kicks off with the title track, which is as good a place to start as any. It is instantly catchy and the music and lyrics engage the listeners instantly. It is the kind of song that becomes very familiar very quickly and it does its job of making you want to hear more. This is followed by the equally catchy “Mysteria”. It is not a surprise that both songs have served as singles and showcase his ability to write and produce remarkably well crafted, almost addictive tunes.

The EP ends with two songs that show a different side to MELØ.  With “XEX”  he dips his toes into Fiction Factory water and it works quite well. Again, MELØ does create his own distinct style. But it is the closing track that is the most interesting, “Drowning”. While the song is still instantly accessible, it is somewhat more experimental and a bit different sounding from the other tracks. The only criticism I do have with this is that because it is only four tracks, he is not able to show all of his different styles and music.

In fact, MELØ sells himself short here. I understand that he is working on his debut album, which would allow him to showcase his talents. Things We Lost is brilliant, four very strong songs, but an album would allow him to show more and demonstrate his obvious talent. As it is, Things We Lost really serves as a taster of what’s to come. Listening to these four songs, it is clear that MELØ is a very talented artist and just getting ready to show off his musical abilities, both as a songwriter and performer.