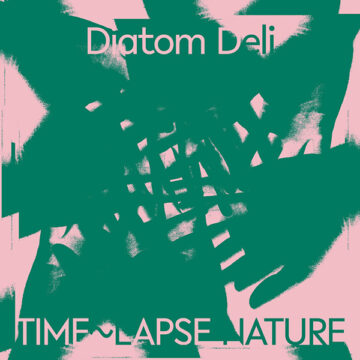 Artist PR’s can really go to extremes, from bare facts to wordy gibberish that praises the artists to heaven with no substantial music behind those words.

Having read the press release before even listening to Time ~ Lapse Nature, the new album by Diatom Deli, many would certainly go for the latter:

“Diatom Deli’s Time~Lapse Nature is a channel between cerebral ascension and somatic memory, tethered to the micro-present though humbled by a beyond…” I’m not even sure what the author really wanted to say, but after listening to the album, I don’t care. The big words above are supported by some quite big (as in gentle, subtle, intricate) music that Deli delivers here.

Simple on the surface, Deli delivers some truly complex, emotional, and beautiful sounds that slowly unravel as you listen along. No wonder it took her three years to complete the album.

And yes, Deli does have deep concern for nature, as a portion of the proceeds from this release will benefit Biotecture Planet Earth.