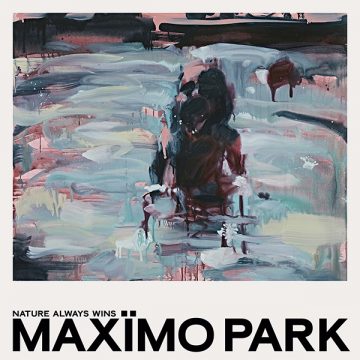 Maxïmo Park is an alternative rock band from Newcastle upon Tyne, England, and they’ve been cranking out solid, high-energy tunes since 2004. The band consists of Paul Smith on vocals, Duncan Lloyd on guitar, and Tom English on drums. Four years after releasing their last record, Risk to Exist, they’re back at it with Nature Always Wins. While it’s debatable that nature always wins, this album certainly does.

The very first track will leave a pleasant, nostalgic taste in your mouth. It’s called “Partly of My Making,” which features a strong melody with a prominent string section that’s reminiscent of classic rock. However, it simultaneously has rich, modern textures that sound like they could only come out of a late 2000s recording studio. The next track, “Versions of You, ” features dreamy guitar tones, dispersed bass notes, and a melody that fits with the early 2000s indie rock style. As the album progresses, it settles into a nice post-punk groove. On top of the instrumentation, the album has layers of interesting lyrics. They range from being cryptic to being blatant calls to action, such as in “All of Me” where Smith tells us to “make the world you want to see.”

This album is bouncy, fun, and optimistic. The production is good, and so is the mixing. From a songwriting standpoint, the album isn’t necessarily ground-breaking. While several tracks have catchy hooks, the overall style would be very familiar to those who know the many shapes of rock through the decades.

To get the most out of Nature Always Wins, think of it as a chance to hear talented people work within the boundaries of well-known subgenres to create something that tickles the earlobes. Do yourself a favour and put this album on in the background the next time you’re working on something for school or your job.

For all of his life, Dylan has loved music and writing, but it wasn’t until 2020 that he decided to give a shot at music journalism, which is the perfect marriage of his two passions. Since then, he has written for Exclaim!, Antidote, and now Spill Magazine. His favourite genres are rock and folk, but he’ll listen to anything. He has a BA in English from Wilfrid Laurier University and a Postgraduate certificate in Public Relations at Sheridan College.
RELATED ARTICLES
album reviewalbum reviewsmaximo park
8.0