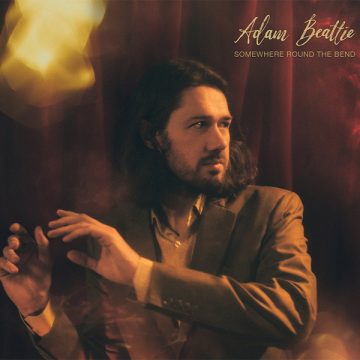 For many, Americana means that such music has to come from the US. Fortunately, that genre has been around for a while and has certainly surpassed the borders of the country where it originated.

It is no wonder that some excellent music from around the globe can easily fit within this genre, with added touches from the places it came from. This time around, such sounds come from London’s Adam Beattie and his album Somewhere Around the Bend.  But then, England and the UK in general have never been a stranger to Americana and it is then no wonder that Beattie came up with some distinguished Americana-style music.

From the subdued title track to the closing “All The Gods”, it sounds as if Beattie knows exactly what he’s doing and what sounds he wants to come up with, adding some typically English sounds (“A Thousand Roads”, “Stripped To The Bone”), making the blend even more interesting and enticing.  Beattie also doesn’t shy away from some Italian-sounding swing interludes on “Grottammare”. No wonder the likes of Bert Jansch, Brian Eno and Mary Anne Hobbs had good things to say about his work.

Overall, there’s a quiet, subdued excellence that permeates Somewhere Around the Bend that brings underlining nostalgia to the fore.