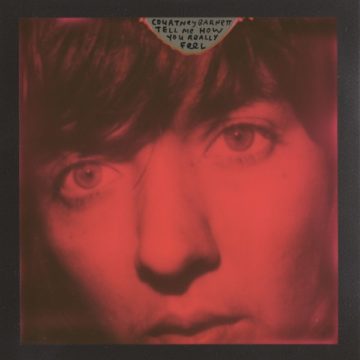 Courtney Barnett
Tell Me How You Really Feel
Mom+Pop Records

There is something infectious about Courtney Barnett, something immediately arresting or even downright lovable about the authentically laissez-faire way that she seems to approach music. She smiles easily, writes lyrics that make you think as easily as make you laugh, seems willing to talk about music all day, and is delightfully bashful about her fame. On top of that, she writes simply great songs that cover a massive spectrum of influences, intentions, and instrumentation. While her 2015 debut Sometimes I Sit and Think and Sometimes I Just Sit was full of quirky, wittily-constructed songs, Tell Me How You Really Feel shows a much more emotionally vulnerable side of Barnett, taking more overt risks in both the construction of her lyrics and the sonic landscapes upon which they are built.

Fittingly, on an album of emotional and sonic exploration, it is perhaps the lyrics to album opener  “Hopefulessness” that set the tone most clearly, with Barnett lazily offering:

Listeners were also given a good taste of Barnett’s maturity and risk-taking with the album’s first single, supported by Breeders legend Kim Deal, “Nameless Faceless” in which she skewered Internet trolls and misogynists alike, for not having “anything better to do”, being “lonely” and “overlooked”, filled with “pent-up rage” before comparing the inherent difference in safety for a man walking through a park at night as compared to a woman. The first single is not alone in showing a more caustic side of Barnett, with distortion-soaked “I’m Not Your Mother, I’m Not Your Bitch” meaning exactly what it says, while “Crippling Self Doubt and a General Lack of Confidence” seems to have its vitriol aimed squarely at someone close to Barnett, even if the tone of the song is misleadingly light. Her lyrical feistiness is not all that is on show, as Barnett uses album closer “Sunday Roast” to inspire listeners to find their way out of their own darkness; similarly, there are moments of very upbeat musical tone, even if there are shades of cynicism to “City Looks Pretty” and “Charity”.

There is no doubt that this album will be on many “Album Of The Year” lists as it is a front-to-back exercise in both lyrical and tonal quality, with as much of Barnett’s now famous quirkiness as there is overt social commentary. It’s an album that is made for quiet introspection and road trips alike, not to mention an album that will only solidify Barnett’s status as an album with something to say, a unique way to say it, and a message worth hearing.

Br. lives in southern Ontario, grew up on The Beatles and The Journeymen, spent his adolescence immersed in grunge, and his adulthood in British alternative. His greatest joy is seeing his son dance and grow into his own appreciation of the indescribable joy of music...
RELATED ARTICLES
album reviewscourtney barnettfaceless nameless
8.0