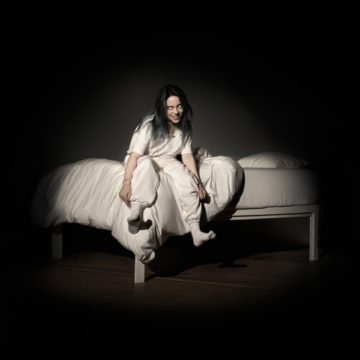 Billie Eilish
When We All Fall Asleep, Where Do We Go?
Darkroom/Interscope/Universal Music

Billie Eilish’s sophomore album When We All Fall Asleep, Where Do We Go? is a great look at the progression of Billie Eilish. With her dark undertones and catchy melodies, Billie is becoming one of the biggest stars in today’s music scene. Her ability to create deep thoughtful music has been with her from an early age and has progressed with time. Her timeless voice adds another layer to her already masterful tracks. Her ability to be so introspective at such a young age makes her extremely relatable to her core audience.

The album has a much darker feeling than previous works as highlighted by songs such as “bad guy” and “bury a friend”, these tracks use a deep bass and dark crunchy audio effects to portray a dark dense vibe that she is becoming accustomed to.  Even with the dark essence, Billie still stays true to her melodic roots on tracks such as “wish you were gay” and “when the party’s over” which are personal favorites of mine as they really capture her raw emotions and allow listeners to feel every lyric. The tracks are laid over an extremely harmonious beat, which is a perfect complement to her strong voice.

Overall the album boasts a wide array of genres that all mix together well; even with their obvious differences. The ever-evolving Eilish will be a household name for many years to come. This album cements her as a force to be reckoned with.