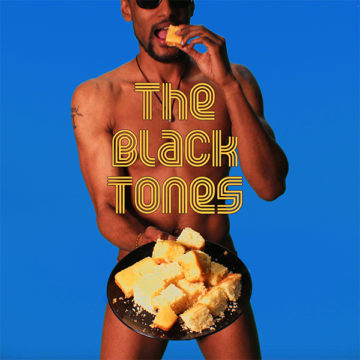 If albums were judged just on their covers, Cobain and Cornbread would be on every year-end list. It’s over-the-top goofiness in the best way possible. The Black Tones, Seattle-based twins Eva Walker and Cedric David, can be like that. Unfortunately, the music that accompanies it all so often isn’t as fun.

The title Cobain and Cornbread sums up what Walker and David are going for here; garage rock inspired by their native Pacific Northwest, mixed with a touch of New Orleans Funkiness. Far too often, however, the great moments on Cobain and Cornbread are buried in minutes of repetitive blues-based riffing that suck out the energy. Songs seem to just keep going and going. By the time the band starts hitting their stride late on the album with the acoustic “Striped Walls,” and Black Sabbath-y “Welcome Mr. Pink,” it’s already too late. It’s music I want to love, but just can’t.

That’s not to say you shouldn’t pay attention. At least based on footage from YouTube, this band rips in concert. If they can figure out how to get their on-stage energy onto an album, their next release will go down a whole lot smoother. Here’s hoping it has a great album cover too.