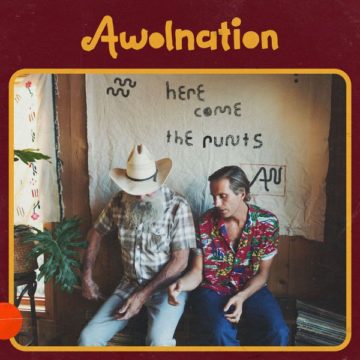 Aaron Bruno comes back in a louder way since his 2015 release “Run.” The rustic and 70s inspired artwork might make listeners believe that AWOLNATION has taken a more organic route than his electronic roots, and they’d be right. This album takes inspiration from the rock/pop that existed in the late 70s and early 80s, like The Cars or Tom Petty. But these inspirations are hidden neatly behind Bruno’s noisy, catchy tunes. The record’s first single that came out in November of 2017, “Passion,” begins like a catchy little indie-rock track, but then the chorus thrashes a buzzing guitar. Loud enough to be rock, but subtle enough to be radio-friendly. This record has a little bit of every type of instrumentation, but still keeps one cohesive sound. On one track, “Sound Witness System,” Bruno is almost rapping over a drum beat and light guitar strumming. On another track, “Stop That Train,” he accomplishes what almost comes close to metal guitar, but his soft vocals tie it all together so it’s more approachable. It’s truly incredible that he reaches all these different areas while keeping the mood and sound consistent to his identity. The only flaw is the fourth track “Miracle Man,” because the buzzing guitar is constant, the lyrics are repetitive, and there’s nearly no break in beat. It’s not bad, just the least impressive. Upon listening to this record, there’s a refreshing feeling about finding hope in a new rock sound. Most of the music community knows that rock is dwindling or at least not the dominant genre in North America anymore, but this is certainly giving hope to changing that. It’s an updated rock sound; a break from the idea that rock has to be a downer or dressed all in black. Great release from AWOLNATION.

Vicki Mahony is taking her hobbies of concerts, photography, and ranting and putting them to good use! She is a live-music photographer and reviewer.
RELATED ARTICLES
aaron brunoalbum reviewsawolnation