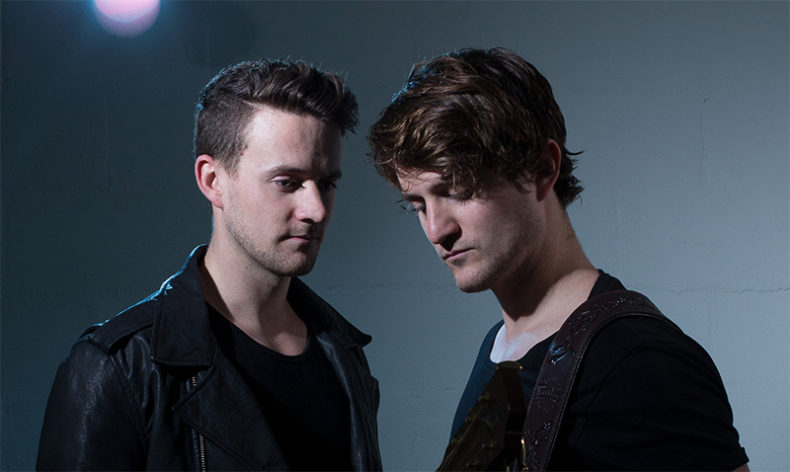 A CONVERSATION WITH THE ROYCE TWINS

The Royce Twins is the name of the band, and they are, in fact, twins. Named Michael and Gabriel Saalfield but known as The Royce Twins (their mother’s middle name), they have been making music for a very long time in their native Australia.

‘We started off playing lots of heavy stuff as teens, but I didn’t really enjoying playing metal; I preferred Jack Johnson and John Mayer, something that you can sing along to as I am a singer. We’ve always been chilled at heart and now we can write our own songs and play the music we want to play,’ says Michael.

‘What he says, I like it,’ agrees Gabriel. ‘We liked John Mayer and Metallica — when you put those ideas together you get really good lyrics with nice harmonies, but still like a rock feel that’s also melodic.’

Their music and singing came to the attention of the Australian public in 2013 through the television show X Factor Australia. They covered Jason Mraz’s “I Won’t Give Up.” This performance became an internet sensation and led the twins to crowd-fund their first EP (The Royce Twins, 2014), which was a very successful independent release. Although their own independent label gives them a great deal of freedom, the thought of a major label is still of interest to this young band.

‘We’d like to get signed by a supportive label so we can be heard more, and travel more widely and perform our own music. We know we’ve got supporters outside of Australia and we’d love to perform live for them one day in their home country,’ says Michael. ‘I guess that it’s also possible to record good music without a record label, and with the effort and passion you can do it.’ 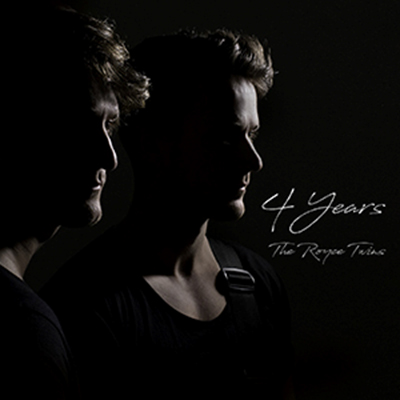 Gabriel adds, ‘I think every artist just wants their songs to be heard. Getting more known and more radio play and getting a tour overseas would be great. We know our supporters overseas will never make it to Australia, so we’ll have to go visit them.’

‘It’s a story about four years and relationships. The early years when everything is easy and you’re in love. The middle stage where things get rough. And the end of a relationship when it falls apart. But at the end you’re on your own to back yourself again. It’s basically a relationship from start to finish and everything that goes with it,’ says Gabriel.

The Royce Twins write their own songs and play most of the instruments. Both play guitar and sing. Gabriel plays drums and they have some help from their producer, Adrian Hannan. The songs seem to be very personal to The Royce Twins. One good example is the title track, “4 Years.”

‘Gabriel started writing this. I was breaking up with my girlfriend and he’d been in a new relationship. It’s just a good song. It’s a classic rock song that everyone can relate to,’ recalls Michael.

‘If you wait long enough you go through the same thing again and again. The song is about a relationship breakup and I’ve probably been through it a few times. When you first meet someone, you think it’s amazing and sometimes it falls apart where you fly solo. In four years’ time it might make sense again. We’ve both been through relationship cycles, so it makes sense to both of us,’ says Gabriel.

4 Years is a brilliant EP full of incredible songs with strong melodies and some pretty serious and heavy lyrics. One song that caught my attention was “Nightmare.” 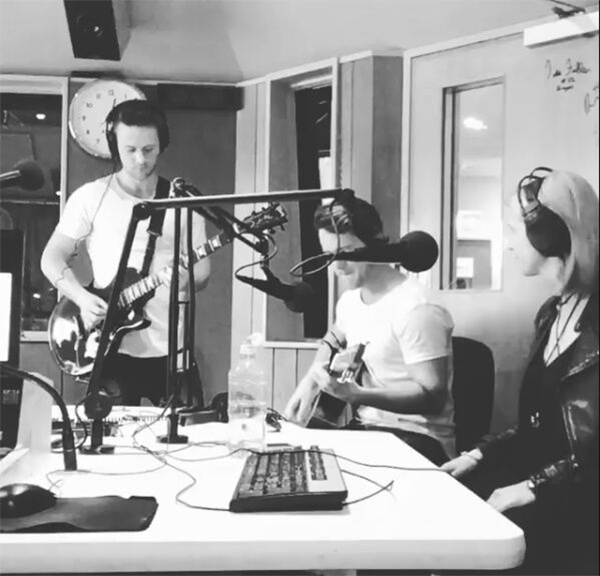 ‘I was going through a bit of thing when I was having nightmares and feeling anxious. I remember waking up one night covered in sweat next to my girlfriend and I shouted out. She was there immediately and told me it was OK, it was just a nightmare. I wrote the song because I was going through some shit and I was having nightmares and panic attacks and I just remembered how relieved I was waking up having my girlfriend next to me to comfort me,’ says Gabriel.

‘I always used to have nightmares and was always anxious at one stage, but it’s nice waking up having someone there to make you feel safe and comfort you,’ adds Michael.

Being in a band can be very difficult, but one would imagine being in a band with your sibling can have its own unique struggles and challenges.

‘Yes, it can be difficult at times, but most of the time it’s really fun,’ says Michael.

Gabriel agrees, ‘Ha ha, yes, it depends sometimes. Especially when he uses all my guitar strings and picks. It’s good to know each other so well. For example, in a song, if a really high note is coming up I will make sure I’m there too, so we’ve always got each other’s backs.’

Future plans for The Royce Twins? Simple, according to Gabriel, ‘World domination,’ and he laughs. With music such as the music on 4 Years, they may achieve that goal sooner than they think.

Born and raised in Whitby, Aaron discovered music through his love of The Beatles. This led to a career in radio, writing for various publications, and ultimately a radio show about The Beatles (Beatles Universe), which ran for over four years. When not immersed in music, Aaron enjoys spending time with the loves of his life -- his wife Andrea, and daughters Emily and Linda (all of whom have an intense love of music too).
RELATED ARTICLES
australiafeatures