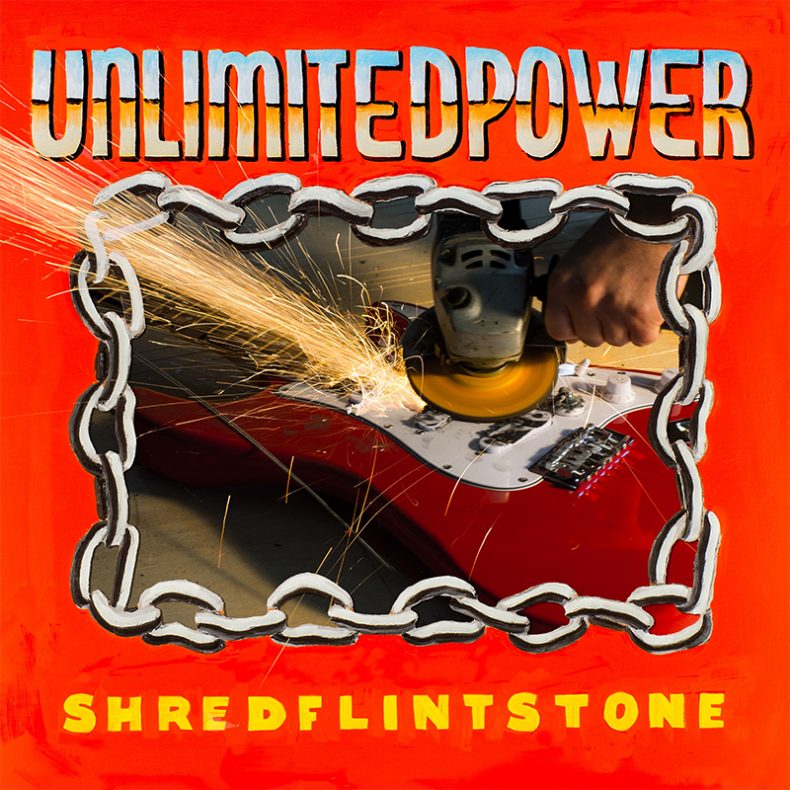 Shredding like they never shredded before, New Jersey rockers Shred Flintstone release their second full length album Unlimited Power on Sept. 3rd. With a near-lethal injection of energy, the album rips from start to finish, showcasing a cohesive blend of gritty bass, guitar and drums, with vocal melodies that gel like they were born to be there. The trio features singer and guitarist Dan Barrecchia, bassist Ed Weisgerber, and drummer Joey Giambra cranking out track after track that keep you entertained and wishing you were watching them live.

“The songs were recorded live,” front man Dan says. “This is the actualized sound of us, which is awesome because we haven’t captured that before. We were channeling some weird energy in the months leading up to recording the album. We created a mood board of macho man figures as a funny critique of hyper-masculinity and an ironic way to hype ourselves for the record and bring that energy into recording at the same time.”

The pent-up energy shows through super-tight drumming and a shimmery crunchiness in production. Unlimited Power was recorded at Kaleidoscope in Union City, with Jeremy Delaney engineering and mixing the tracks.

“I think it’s definitely our most concise record,” bassist Ed says. “We made sure everything gelled, taking our time and using only the best takes that we were most excited about.” Shred Flintstone kick off their release with a show at The Broadway in Brooklyn, NY Sept. 2nd, the day before the album drops. A week later, they launch into an east coast tour, with dates in New Hampshire, Vermont, Pennsylvania, Ohio, Tennessee, Georgia and Florida.