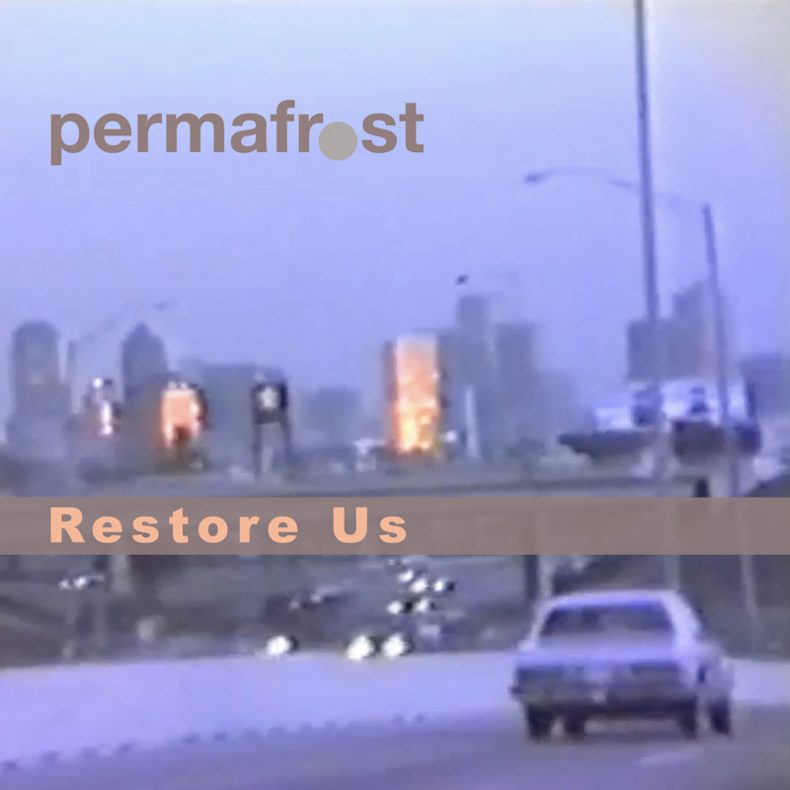 There has been a massive resurgence in the post-punk realm over the past decade and one would have to be blind to not have noticed it. So many new bands, so much unearthed music that was never previously released, so many cover versions of previously released works, so many older artists reforming and releasing new material. Sometimes it all seems a bit overwhelming. There’s a lot out there, a limited amount of time to sift through (or even find it all), but like any time in the past – the gems are fewer than the number of artists actually writing (and releasing) material. Of course, we do enjoy playing a role in helping readers separate the wheat from the chaff in this department.

Today we are pleased to present you the latest output from the Scando-British collective known as Permafrost. Their new single “Restore Us” is actually three tracks in one, including the original version, along with two heavy-hitting remixes. Set for release on September 3 via the Fear of Music label with distribution by Secretly Noord, listeners can expect fresh greatness sprung from similar fertilized territory as the works of such artists as Wolfgang Press, Gang of Four, Wire Magazine and early New Order. But there is something raw, genuine and grabbing in this music. We could say that their sound is extremely indebted to the ’80s if it weren’t clear to us that this band themselves were actually active during that first wave of post-punk. With a powerful melody and plenty of reverb and appealing synth, there is still a charming quality here amidst this ominous hymn – impressive.

The film footage for “Restore Us” was shot in 1987 by keyboardist Daryl Bamonte during Depeche Mode’s Music For The Masses tour. Bamonte was touring with the band at the time and served as their road manager for years. The video represents the energy and enthusiasm of a group on the ascent – ironically enough, in a country concurrently starting its slow decline into the new consumerism era. The decline that has brought America to where it currently sits with its domestic situation less than healthy and its role in the international community called into serious question. 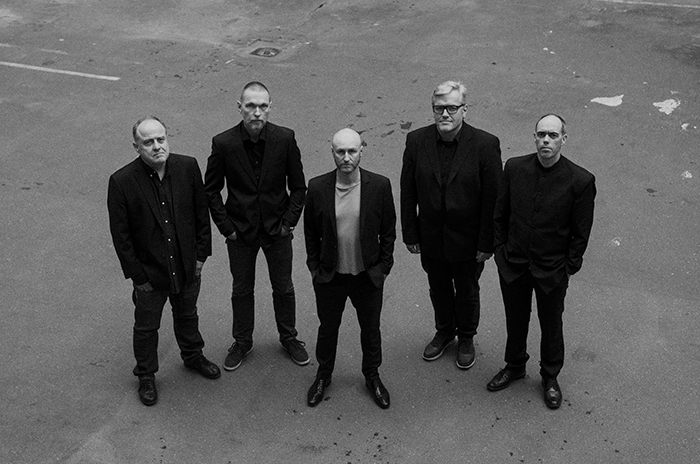 It’s no coincidence that the new single – which paints a realistic picture of an American gone to pot, as if a plea for the country to be put back together like an otherwise seemingly broken vase – is being released on Labour Day weekend. Yes, we are all long overdue for a hard reset. It’s quite possible that “Restore Us” could turn out to be a time-capsule, so to speak, of this day in age – a theme song for the post-lockdown era, if you’d prefer.

Formed in 1982 in Norway in the north coast town of Molde, Permafrost was originally a duo comprised of Frode Heggdal Larsen and Kåre Steinsbu, taking their name from a Magazine track and releasing their debut Godtment EP the next year. Eventually they widened their musical circle to also include Robert Heggdal, Trond Tornes and eventually Daryl Bamonte, who comes with quite the music industry pedigree, having worked for many years with such bands like Depeche Mode and The Cure.

In 2019, they released the Permafrost EP to high praise, as well as the singles “Closed Eyes” and “Femme Fatale”, both of which reached #1 on the Indie Disko Top40 and top 5 in the Deutsche Alternative Chart and the Native25 chart, were released earlier this year, spending several weeks at the top of many indie charts, including the Indie Disko Top 40.

On Friday, September 3, “Restore Us” will finally see the light of day across online platforms like Spotify, Apple Music and Bandcamp, where their other music can also be found. It can be pre-saved on Spotify at http://smarturl.it/Permafrost-RestoreUs

Also enjoy their latest two singles, both of which are worthy of your attention: