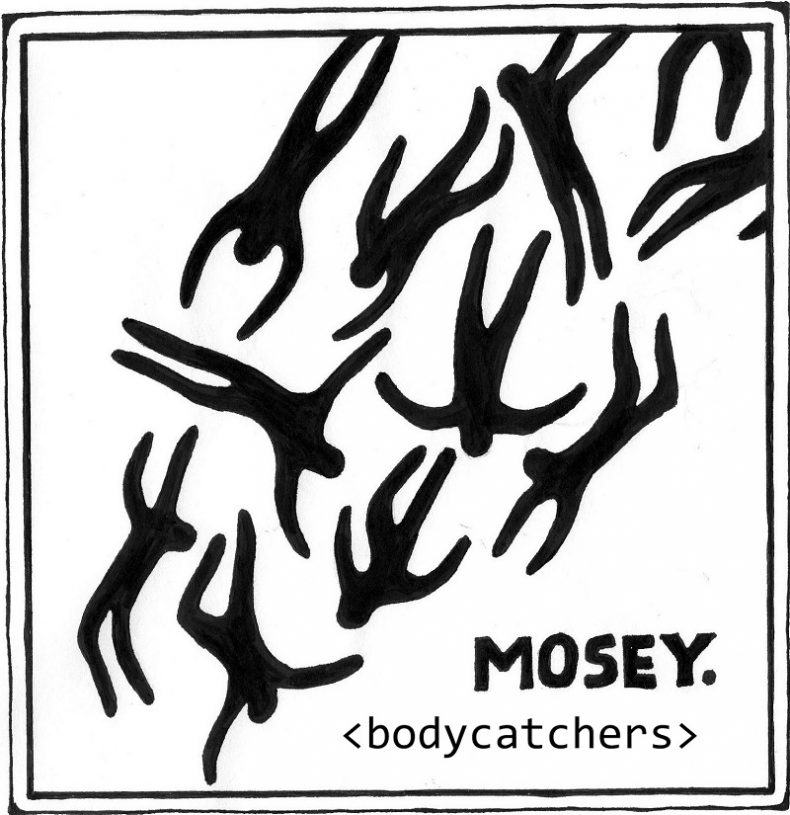 The new release from bodycatchers, Mosey, is a snapshot distillation of the underground punk rave scene of Olympia, WA into digestible synth pop curations with catchy hooks and unblinking grooves. It’s been described as “how Daft Punk would sound if they were actually punks.” The album Mosey is loosely themed around the imagery of doomed shuttle launch Soyuz 1 and its brave pilot Vladimir Komarov interpolated with personal stories of love, sacrifice and regret.