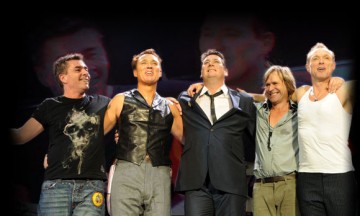 It would seem unfair to categorize the continuous resurgence of ’80s bands as simply a phenomenon driven by the nostalgic appetites of Generation X-ers, although that surely plays a role. The English Beat, The Jesus & Mary Chain, The Psychedelic Furs and Spandau Ballet performances in Toronto this spring is indicative of the footprint left by these artists in the culture and psyche of its fans. Gen X-ers pack the venues to relive their youth while young music fans go to see what all the fuss was about. Spandau Ballet played to a full capacity crowd at Toronto’s Massey Hall to young and slightly older alike. They went through almost their entire hit catalogue with energy, flair, and superior musicianship. They didn’t sound like a nostalgia band at all. No Casinorama performance here; this was the real deal.

Unlike the English Beat, Spandau Ballet brought back the entire original lineup (at least the lineup since their 1981 debut album Journeys to Glory. Tony Hadley (vocals), Gary Kemp (guitar), Steve Norman (sax), John Keeble (drums) and Martin Kemp (bass) played like they never broke up 1989, superbly performing their entire singles catalogue, from “To Cut a Long Story Short” and “The Freeze” from their early post-punk synth/ New Romantic period to their later chart-topping soulful hits “Gold” and “True,” and everything in between. 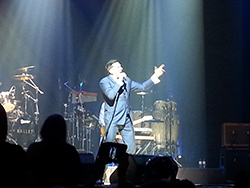 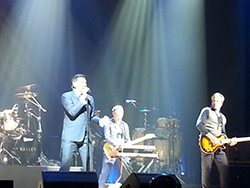 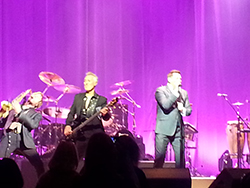 A Spandau Ballet greatest hits compilation is coming out this year. Watch out for it as it will have a couple brand new songs.