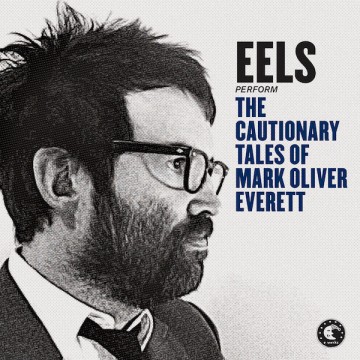 It’s hard to believe that this is Mark Everett’s eleventh album. Easy-listening and gentle, The Cautionary Tales of Mark Oliver Everett is unlike his previous work and is disappointing.

After a brief intro track, “Where I’m At”, “Parallels” starts off the album with a classic folk feel to it. With a sound reminiscent of American folk musician Tim Hardin, this track is probably the best thing on here. Unfortunately, what follows is quite samey. There is nothing jarring or unpleasant, but tracks like “Lockdown Hurricane”, “Series of Misunderstandings” and “Kindred Spirit” slip by with little variation, making little impression.

There are some pleasant moments among the album including the exhausted sounding “Agatha Chang”, the clean guitar outtro of “A Swallow In The Sun” and the spritely shuffle in “Where I’m From”. But nothing here sounds like it matters. By the time you get to “Gentleman’s Choice” you transition from not noticing the tracks to willing the album to be over. It’s not even downbeat enough to mope along to. Try again, Mr. E.

Flying the flag for Spill Magazine in northern Europe, Killian has been reviewing albums in his head from an early age. Very much a part-time member of the team, loves a bit of guitar, but no fretwa**k.
RELATED ARTICLES
album reviewseels
8.0