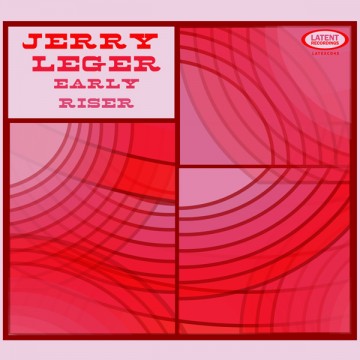 Early Riser marks Jerry Leger’s seventh album in less than 10 years and it’s clear that he’s a man on a mission to reinvigorate the Canadian Roots Rock landscape for the better. When listening to his latest release, artists like The Cash Brothers, The Sadies and Dustin Bentall come to mind as the songs deliver a serious Canadiana vibe from melody to lyrics. It’s the kind of album that you’ll want to spin for a long drive through the prairies on a cross-country trek; it could easily be put on repeat without wearing thin. Along with an enviable cast of studio musicians that appear on the album, Leger commissioned the seasoned production skills of Michael Timmins (Cowboy Junkies), a man who has been around the hit-single block a few times and was the perfect fit to put this album in its proper place. These amazing songs shine with tasteful injections of fiddle, pedal steel, keys, gospel backup vocals and much more – while never overdoing any of the above –giving each song its own persona. Early Riser’s overall package is so easy to take in.

Standout tracks include the opener, “Factory Made”, a dramatic song with heavy bass lines that push the tune into dark places, keeping a continuity of beauty and subtle messages of life perspective and personal strife. Not only does this song set the bar extremely high for the remainder of the album, it also has a super catchy chorus that sticks. “Nobody’s Angel” is another track that caught my attention; it’s a sweet ballad of a young woman whose compromised lifestyle is something of a never-ending tragedy. The meandering and subtle piano mixed with tremolo guitars and Leger’s velvety emotional voice really lays down a heavy mood. I could listen to this song with a drink in hand and sob my eyes out. Moving on, “She Ain’t My Woman and I Ain’t No Woman’s Man” is a cool Dylan-esque tune with loads of percussion and a strong set of lyrics. This tune paints a picture of a rough and tumble troubadour with more than one lover; it’s certainly one of the album’s highlights.

Overall we have a VERY impressive release here, something the band and contributing players should be very proud of. I certainly look forward to hearing these songs live.

Andre has been writing for The Spill Magazine for over 12 years, dating back to the print days. His passion for music goes far beyond writing reviews for new music and live concerts, he is also an active musician and producer on the Canadian music scene. Having toured North America and Europe with various acts, he is no stranger to dedication and work ethic new bands must endure to make the grade in today's market; Andre always delivers perspective writing that is authentic and to the point. Mr. Skinner typically covers indie rock, grass roots, electronica and is our resident hard rock and heavy metal specialist. He is extremely selective on what bands he covers for articles and you can rest assured they are ALWAYS band to watch with something left of centre to offer.
RELATED ARTICLES
album reviewsjerry leger
8.0