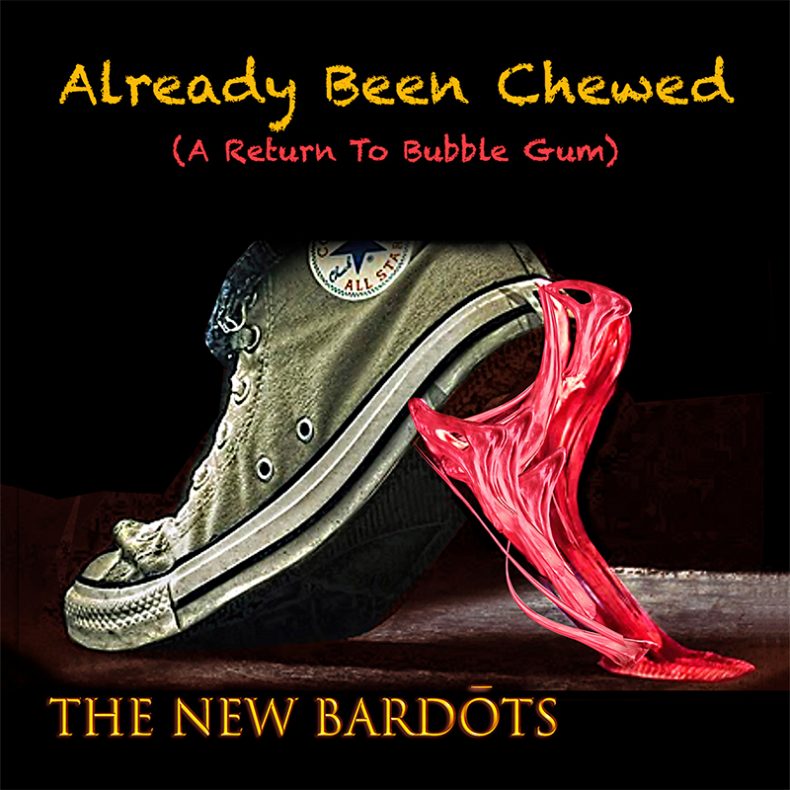 New Jersey rockers The New Bardots have released the official Wayne Olivieri-directed music video for their new song “Gimme Gimme Good Lovin”. The track, a cover of the 1969 hit by Crazy Elephant, is taken from the band’s new EP, Already Been Chewed, released in May via Bongo Boy Records. The collection is available in digital, CD and vinyl formats at this location.

The New Bardots state: “Because we did the new EP about bubblegum era I wanted to do a video with a retro look. So I went with a stage set up like an old 60’s TV show along with go go girls”.

Already Been Chewed (A Return to Bubblegum) is a tribute to the magical era of bubblegum rock and features 3 remakes of hits (“Yummy Yummy Yummy”, “Simon Says” and “Gimme Gimme Good Lovin'”), a reissued cover of Robert Hazard’s “Change Reaction” and two original songs (“Sweet as Honey” and “Wake Up and Smell the Coffee”).

“It was an era of free love, hippies and great rock and roll music, One Hit wonders etc. We thought it would be fun to bring it back” – explains Wayne Olivieri, singer and frontman of The NEW Bardots.

“I Directed this one but always take advice from anyone when on set.” adds Wayne O. “Our camera people are long time pros and know what I was going for and basically took over, it was easy. Using 3 cameras also cut down on the time we had to run takes so the girls wouldn’t be exhausted. I also like to add a little humor when I can so I wrote the little skit in the beginning just to add a touch of fun keeping the same two characters from our very first video “Great Balls Of Fire” We actually used the same stage for both videos”.

The New Bardots is an explosive rock ‘n’ roll quintet filled with a piece of NYC and New Jersey’s rock history. Guitarist Gar Francis and frontman Wayne Olivieri, in particular, had played – together and separately – in some of the most important rock clubs of the world such as CBGB’s, Max’s Kansas City, China Club and The Stone Pony with legends such as Billy Idol, Jon Bon Jovi and Bruce Springsteen (to name just a couple) and sharing the bill with The Ramones, The Talking Heads, Blondie and Cindy Lauper.

Their talent has been credited by other more famous rock musicians such as Joe Cerisano of the Trans Siberian Orchestra who said “Fantastic Group both Live and in Studio. Great Rock and Roll”,  Myke Scavone of Ram Jam / The Yardbirds: ““Electrifying! That’s how I would describe my reaction to seeing The NEW Bardots’ Live show. The repertoire is filled with energetic, groove filled songs. The musicianship is tight and exciting. And the personalities are explosive and contagious to watch. Complete, electrified enjoyment.” and  Eddie Brigati of The Rascals: “Wayne’s one of the most charismatic singers and frontman I’ve seen in a long time. When he’s on stage he doesn’t let you NOT pay attention”.

The New Bardots have been rehearsing regularly since lockdown has been lifted. The band is also writing other new material and is thrilled to announce a new EP out after the new year along with – hopefully – some live dates in 2021.

“Already Been Chewed (A Return to Bubblegum)” is out and available worldwide through Bongo Boy Records/CD Baby.