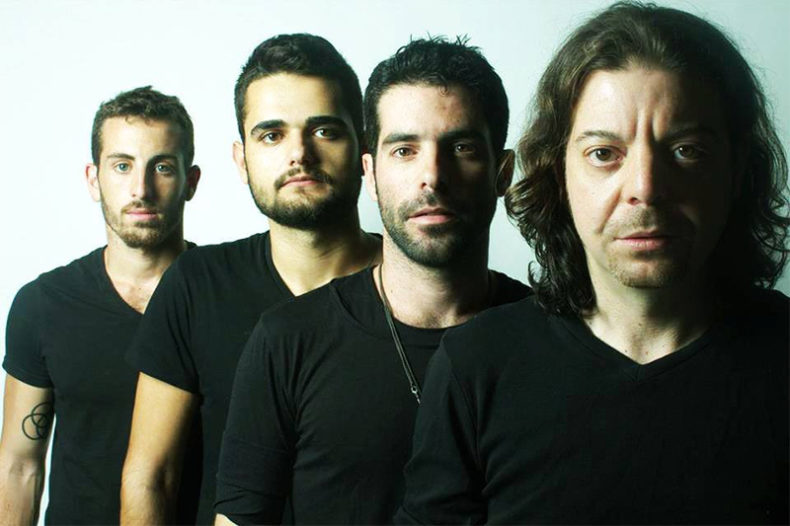 A CONVERSATION WITH THE CORRIDORS

The Corridors is the brainchild of Adi Mosko. He formed the band in the early 2000s in his native Israel, and since forming the band he has been extremely busy writing, recording and playing. Mosko wants to create. He often has something to say, and music is his platform. For the record, Mosko lives and breathes rock ’n’ roll and takes his responsibility as an artist very seriously.

In 2017, The Corridors released their third studio album, End Of The Times. It is their fourth album in total, with the addition of their live album recorded in the iconic Cavern Club in Liverpool — the club made famous by a fab four band from Liverpool.

‘We have a lot of friends in Liverpool, and we got invited to play The Cavern,’ says Adi Mosko during a recent conversation. ‘If you turn music into a religion, then The Cavern is the Holy Temple. When we were there and playing my legs were shaking. And I stood on the right part of the stage, you know, where Lennon stood. I am a big Lennon guy, and I wanted to stand where he stood. No words can express . . .’

Mosko grew up in Israel, where he developed a love for rock ’n’ roll music. One of his favourite bands growing up was The Beatles, and they still influence him.

‘Growing up in Israel, you learn it is a very small country influenced by very large places. There was no rock scene in Israel. I raised myself on rock and roll. Not everybody in Israel can write and sing in English. Hebrew is the primary language here. No one in my family is a musician. So I taught myself, with rock and roll.’

One can see the impact rock musicians had on this young musician in Israel. It was no wonder that while in Liverpool Mosko also toured Lennon’s home.

‘I was in his home, you know, the one with his Aunt Mimi. I was in his room where he had written so many songs and I felt like I had been there before, a spiritual connection.’ 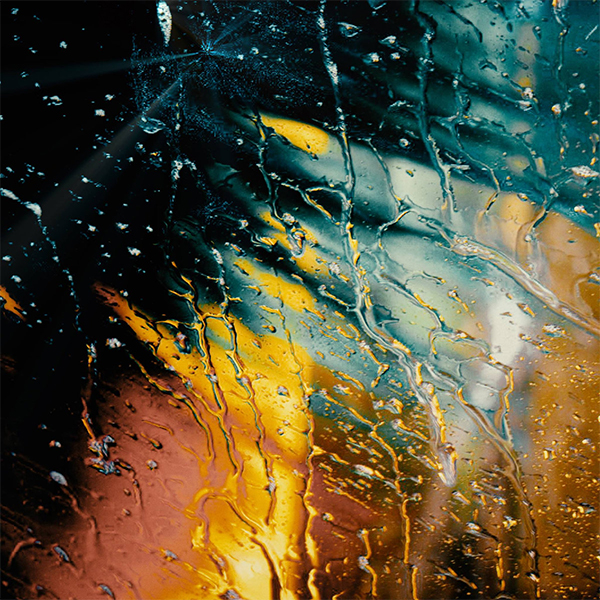 That connection is felt in the music of The Corridors. Their three studio albums are filled with brilliant songs and remarkably strong lyrics. Mosko takes his role as an artist seriously and uses the music he writes and performs as a platform.

‘The Corridors are about giving you things to think about, things that concern us all. You will notice I don’t write love songs, or he/she relationship songs. It’s been done. We have all had broken hearts, we all carry pain. So I want to see above my personal pain. We are all connected, and we use music to look at what unites us in an emotional place. But also I write songs the way I do because I live in Israel. There is a great deal of pressure in Israel. You get used to things being uncertain, you know, “Tomorrow Never Knows.” There is a threat of danger, so in a way our songs are very political, just not preachy, say, like U2.’

For Mosko, The Corridors has been him. He really is a one-man show. Not only does he write all the songs, on the first albums he played all the instruments, recorded, produced and mixed his records. He continues to write all songs, produce and mix the albums, and formed a band to help him record End Of The Times. It also allows him to tour.

‘For the first four years, this is how The Corridors existed. But then I formed the current band (Roi Tai, bass; Daniel Nahmod, lead guitars; Peleg Mor, drums, while Mosko handles vocals, guitars, keyboards, programming, and piano). The funny thing is they all went to the same high school as me and had the same teacher. But here’s the thing, I am 43 and they are in their 20s. But I finally got my high school band.’

As much as Mosko enjoys being in the studio, it is the stage that attracts him.

“If the music is working on stage, then it is working. If people connect with it. We don’t think of radio play or whatever, we want to connect with people.’

And The Corridors is about connecting with people all around the world. They have made a name for themselves in Israel, but also in Europe and Taiwan. Now they are getting to take on North America.

‘We have signed with Bongo Records (a U.S label based in New Jersey) and we are getting played on Radio X in Canada, where we have recently made the top ten. We would love to come to Canada and play our music. We have been asked to come to The Grey Festival. We have a great following in Israel, but I want to break out the borders. I want to be famous outside of Israel,’ laughs Mosko. But you know he is serious.

He takes the craft of songwriting very seriously and takes his responsibility as an artist very seriously. He has a great deal to say, and he will use music to get his message out. His songs are based on his own experiences.

‘The song “Autumn Leaves” on the album is based on a book I grew up with, a book about charity. And that is how I see the world. Yes, it is a mess right now, but goodwill will turn it around, not the green stuff.’

Mosko and his group The Corridors spread a great deal of goodwill, and they are getting their message out across the world. Yet another example of music being the tool and mechanism for Mosko to break out and achieve his dreams of not only seeing the world, but spreading his word of love, peace and understanding. Perhaps Mosko would say that “All you need is Love.”

Born and raised in Whitby, Aaron discovered music through his love of The Beatles. This led to a career in radio, writing for various publications, and ultimately a radio show about The Beatles (Beatles Universe), which ran for over four years. When not immersed in music, Aaron enjoys spending time with the loves of his life -- his wife Andrea, and daughters Emily and Linda (all of whom have an intense love of music too).
RELATED ARTICLES
bongo boy recordsfeatures