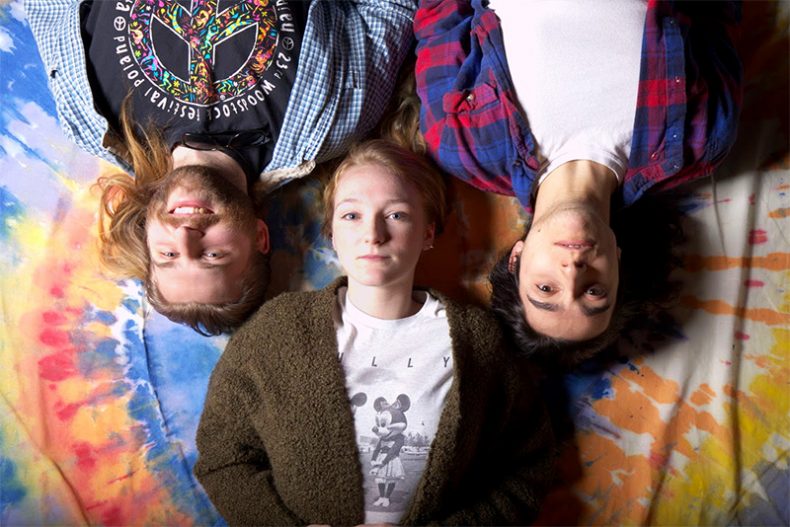 From the heart of Toronto West, the hard-hitting garage-grunge power trio Sunlust is breaking ground with a music video for their debut single “Orange”.

“Orange was written about feeling isolated amongst your peers, and not really being sure how, or even if, you fit into their mold,” songwriter Stephanie Woulfe says. “The motif behind the songwriting of the whole album is sort of in that vein; I wrote all these songs alone in my bedroom as confession-like odes to isolation, and having your own world inside your mind as a place to retreat to.”

Filmed at 276 Sterling Studio, the video was shot, directed and produced by the band’s drummer, Dan Wiktor.

“The imagery of silhouettes was always front of mind for this music video. I liked the mystery it provided and I felt it suited the tone of the song well. The simplicity of the video really helped bring our band’s energy to life.”

Sunlust, consisting of Stephanie Woulfe (vocals/guitar), Dan Wiktor (drums) and Stefano Signorile (bass), have spent the 2 years since their formation playing notable venues around Toronto and building their reputation as a tight and energetic live act. Keep your eyes out for their upcoming debut LP which is slated to release in early 2021. Find their single Orange on streaming platforms today.