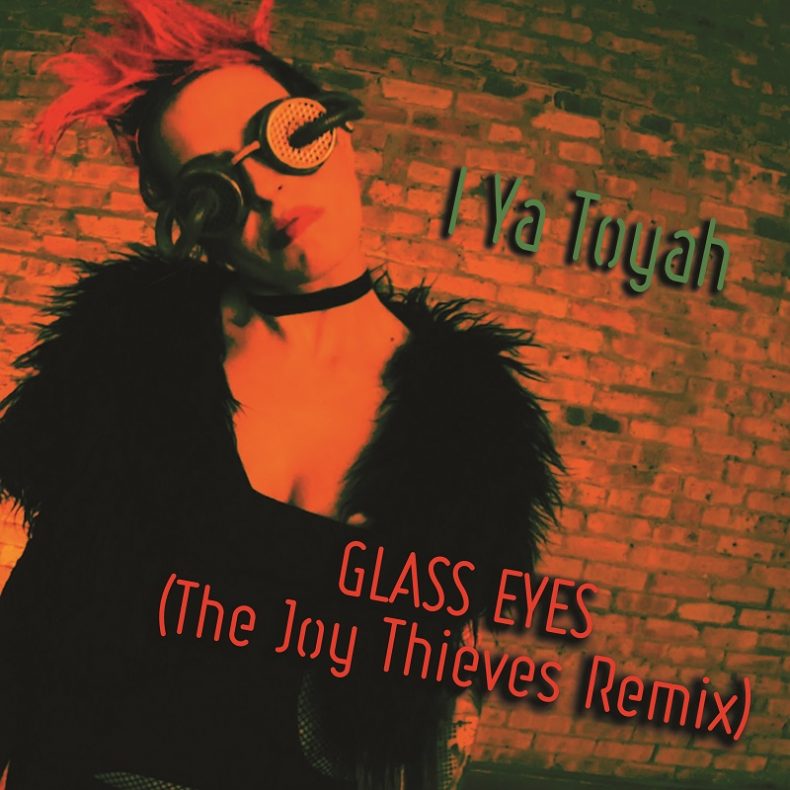 I YA TOYAH – “GLASS EYES (THE JOY THIEVES REMIX)”

I Ya Toyah is a one woman industrial electronic army that landed here to spread the disease of music and infect the human race. She’s just announced a new video for her song Glass Eyes remixed by The Joy Thieves.

Glass Eyes Remix video tells a story about mental crash as a consequence of chaos. I Ya Toyah’s cyberpunk appeal lures into an electrically intense, colorful landscape, full of fast- paced, uncoordinated events. When chaos takes over, things get out of control causing emotional explosion- perfect place for insanity to thrive.

Joel Lopez of Lumbra Records who filmed and directed Glass Eyes spoke of the filming process with excitement:

“I Ya Toyah’s creative vision for this project immediately took me back to Matrix era, and brought Prodigy vibes to my attention. I knew this video will be like nothing we did before’

‘I think of Glass Eyes as psychoanalysis’ – says I Ya Toyah ( aka Ania Tarnowska). ‘This release manifests another side of human complexity, the unconquered, unknown part of unconscious mind- source of automatic thoughts and dreams that lacks introspection and brings repressed feelings and hidden phobias to the surface in the form of symptoms. I thought placing the plot in claustrophobic surroundings will best represent that struggle in visual form and hopefully engage the conversation about mental health and our abilities to explain personality, motivation and mental disorders.’

SPILL NEW MUSIC strives to keep our readers up-to-date with new releases by your favourite artists, keeping you informed of new album, single, and video releases. Stay tuned -- who knows, you might just discover your new favourite band.
RELATED ARTICLES
i ya toyahnew musicspill video premiere