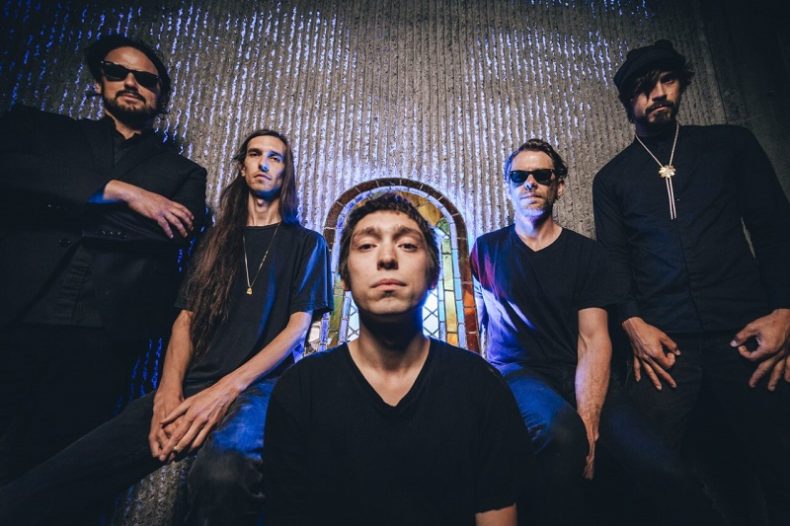 Portland-based band Mother Mariposa comes from the minds of two esteemed musicians Thomas Mudrick (Boing, Nodding Tree Remedies, SWS) and Jsun Atoms (The Upsidedown, Daydream Machine, PIA). Their droning new single “Bombay” channels the likes of shoegaze greats like Slowdive mixed with the hazy psychedelia of Moon Duo. It even boasts a feature from Dandy Warhols member Peter Holmstrom.
The growly vocals paint swirling scenes of a surreal version of the city in which the track was composed. Jsun Atoms explains how “Bombay” tackles “the idea of not falling for the ways of the rat race and looking for natural patterns of the road less taken.” It offers an alternative vision to the one propagated by a “straight” society navigated by what Atoms calls “profiteering tricksters.”
The video features dazzling, trippy imagery with morphing colors and mesmerizing patterns that accentuate the pulsating beat that plays off of traditional psych-rock while incorporating more electro-dance and even industrial sounds. Mother Mariposa’s forthcoming new record The Monarch Key is out everywhere November 22 on Little Cloud Records.