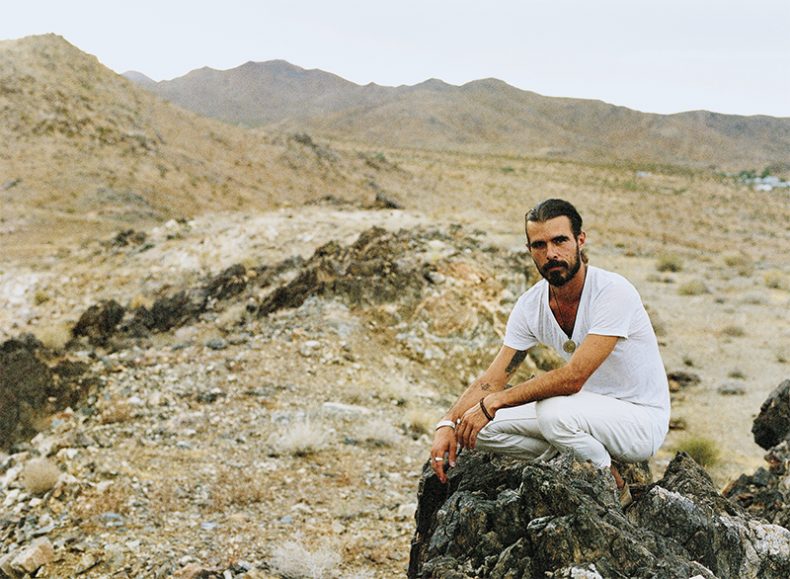 Earlier this month, Reuben and the Dark announced the release of their new LP un | love, and shared the album’s first single, “faultline”. Today, the band is sharing the video for the single directed by Brock Mitchell who says, “the video tries to encapsulate the emotion and spontaneity of recording in the studio. It’s a portrait of these artists creating together in harmony and brotherly bond.”

Reuben Bullock, the alt-folk band’s frontman, calls the song an intimate portrait of internal struggle and soul-searching, caught between past and future. “It feels like a reflective song. Driving on the highway late at night. Looking back over your life. The plans you made. And the way those plans can change. Driving while your passenger sleeps beside you. It’s about trust and self-destruction. Feeling power and, simultaneously, a lack of control.”

This past week Reuben and the Dark’s track “Black Water”, from Funeral Sky, was featured in the new trailer for El Camino : A Breaking Bad Movie. “I am a huge fan of Breaking Bad so it’s hard to express how surreal it really is.. seeing those images set to my music,” says Bullock. “The song is perfect too, like it was written for this the whole time. I have so much respect for all of the actors and everyone involved in this show. The music has always been so thoughtful…so strong..it’s such an honour to be in the trailer.”

un | love, is Reuben’s most honest and captivating album to date, opening a window into one of the most dramatic times in Bullock’s life. The spirited Canadian band’s third record – following 2018’s Arms of a Dream, and 2014’s debut Funeral Sky – tells Reuben’s story of endings and hope for the future. The forthcoming collection is a bare, cathartic exploration of life’s undeniable crossroads, and the fateful depths that await there.

Produced by Reuben and the Dark with Marcus Paquin (The National, Timber Timbre, Local Natives) and Kevin Drew (of Broken Social Scene), un | love evokes the raw emotion of the songs with anthemic, atmospheric sound. In comparison to the polished songs of Arms of a Dream, the new album shows a drastic turn in Reuben’s ease as a writer and freedom as a recording artist. His voice is at once unbridled and fallible. Through the dense imagery of his poetry shines a light shot straight from Reuben’s soul in a natural way unlike any time before.

Reuben and the Dark continue on the road next month with a run of dates in Canada and will embark on a Winter Tour in 2020 beginning February 8. Full dates can be round below. The band has shared stages with the likes of Vance Joy, Serena Ryder, The Strumbellas, Boy & Bear, and The Paper Kites. Besides Breaking Bad, Reuben and the Dark’s music has been heard in Handmaid’s Tale, The HIghwaymen, A Million Little Things, American Gods, Grey’s Anatomy, Ray Donovan and more.