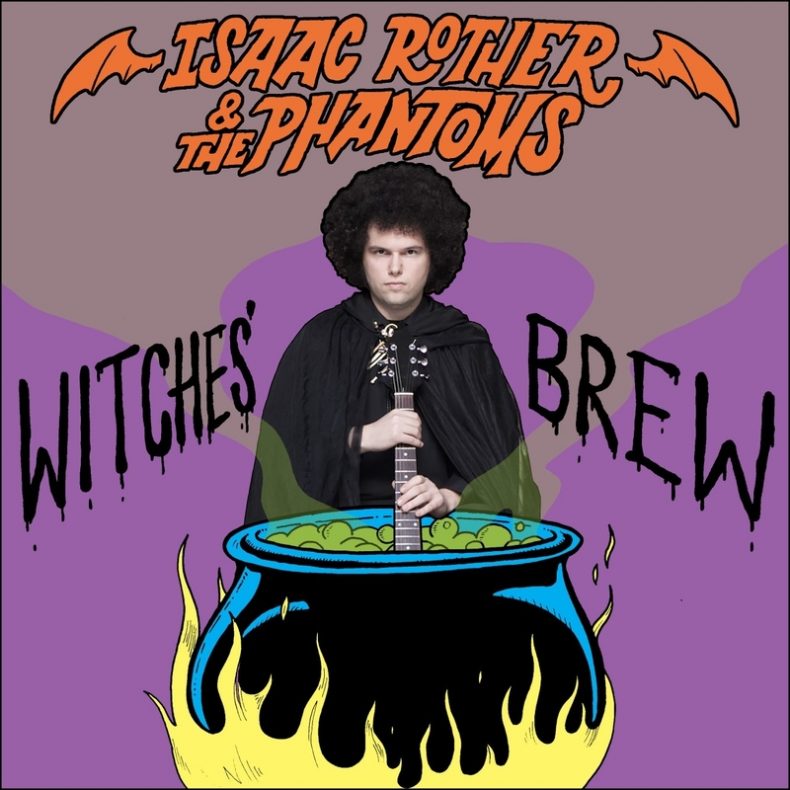 Beware of Isaac Rother & The Phantoms! These frenzied ghouls are possessed with a unique musical style that combines wild rock ‘n’ roll, mid-century rhythm ‘n’ blues, and retro horror schlock into a potent, boiling potion! Since forming in 2012, the cape-wearing, afro’d Rother and his Phantoms have released a slew of EP’s, LP’s, cassette tapes, CDs, and music videos to adoring fans all over the world. Their music has taken them as far as Europe and many consider them to be one of the most exciting bands in the business.

This past year the band have been active as inhumanly possible, writing and recording new material along with producing videos for a new full-length album slated for release in 2021. This Halloween, the ghoulish gang will release a new single aptly titled “Witches’ Brew”, which is sure to awaken all true rock ‘n’ roll spirits from their slumber. The Spill Magazine is pleased to stream the new track that will whet the whistles of fans awaiting the release of their long-awaited second full-length LP.

“We have been waiting a long time to release more music, but we finally found the right time to unveil our latest creation: October 30, 2020. Not only is Halloween the scariest holiday, but 2020 has been the scariest YEAR, so it seemed perfect! “Witches’ Brew” is a haunting, bluesy number that will have you slithering around like a snake, especially if you tune in to see us perform it live for the Total Trash Halloween Bash!” (Tune in 7:30 on Friday the 30th twitch.tv/thecomplexsf“