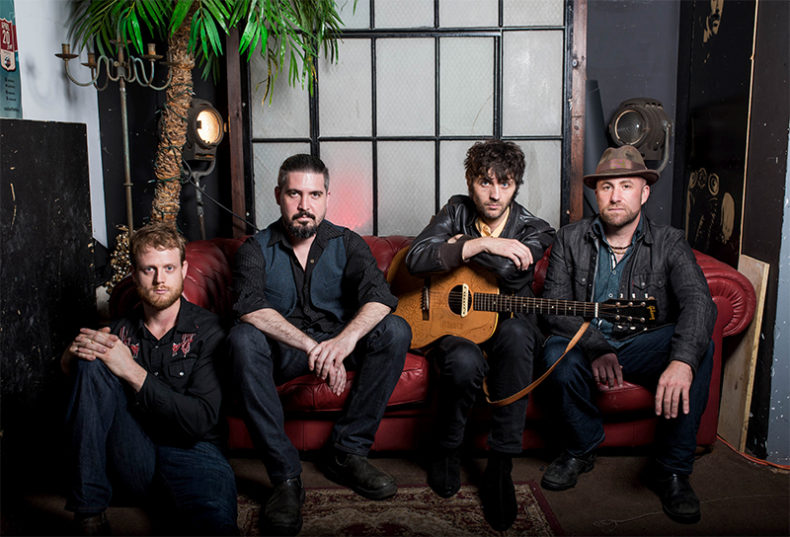 Jerry Leger took the middle set at the Horseshoe Tavern tonight, performing a series of songs from his catalogue, including his latest release: Nonsense and Heartache.

The iconic Toronto venue (currently celebrating its 70th year anniversary) was the perfect backdrop for Leger’s blend of blues, Americana and rock. Clad in a brown leather jacket, Leger maintained the attention of the audience throughout his set, shifting from aggressive bluesy numbers like “The Big Smoke Blues” to softer ones like the delicate and morose “Nobody’s Angel” from his 2014 album Early Riser.

During his performance, Leger shed his skin from song to song. The audience shifted with him, enlivened by the instrumentation and powerhouse energy, then subsequently caught in introspection as the songs became stripped down. The songs that featured a more folk heavy delivery accentuated the meaning in the words, demonstrating Leger’s skill as a lyricist through the often cinematic precision of his images.

Leger capped off the set with “Things Are Changing ‘Round Here”, a thoughtful and meditative tune that draws from the folk trope of the troubadour whose world changes as he travels. The lyrics feel relevant to Leger himself, an artist whose sound and being feels rooted in music’s past, with a future being rerouted with every album.

Elizabeth is a Toronto via Caledon writer whose rural upbringing left a lasting love of anything with a banjo and an upright bass. She scours Toronto venues for both the musical talent and the beers on tap.
RELATED ARTICLES
jerry legerlatent recordingslive review
8.0