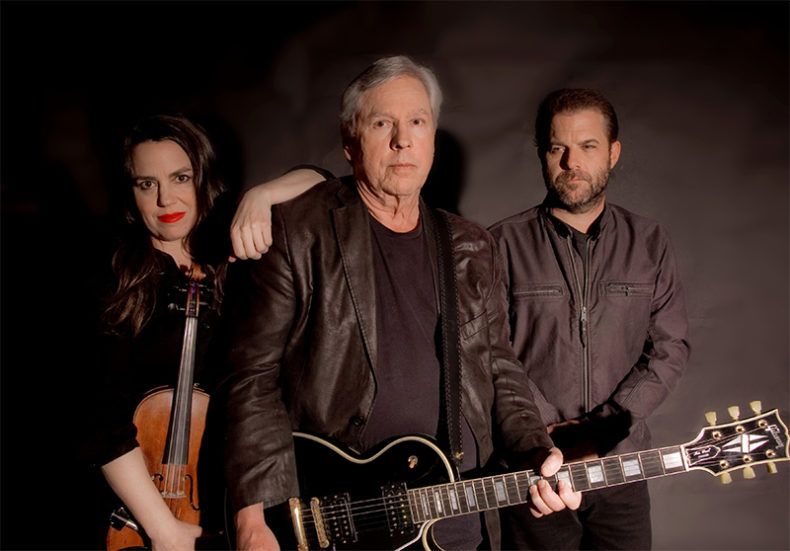 THE PINK HEARTS, BOWIE, AND THE STOOGES

A CONVERSATION WITH JAMES WILLIAMSON

James Williamson is best known as the guitarist and songwriter who, along with Iggy Pop, brought The Stooges back following their first implosion to create Raw Power, the band’s most influential and impressive record. It only makes sense then that Williamson’s career – one that has spanned nearly five decades – is one of not only pioneering, but also of challenging our expectations for the guitar and songwriting of the punk rock genre. By continuing to push the boundaries in an unprecedented manner, Williamson’s influence is not exclusive to punk as it can be heard throughout modern rock, grunge, and alternative rock. His latest project, a collaborative album with The Pink Hearts, is no different. Behind The Shade is a vibrant album that truly pushes the boundaries of numerous stylistic lines while also staring Frank Meyer and Petra Haden as the voices that carry a rich level of emotion in their performance over Williamson’s simplistic and sophisticated guitar work.

Behind The Shade is a highly dynamic album that is equally hard hitting as it is stirring. The recently released lead single, “Riot On Sunset Strip” is a testament to the former and captures a vibe reminiscent of early ‘70s punk; however the album is being billed as Williamson’s “most musically expansive project to date”, largely due to the clear influence from the blues, early rock ‘n’ roll, folk, and contemporary ballads.  When I read this to him, Williamson chuckles, “there are a lot of ballads on the record and a lot less punk rock than people may be expecting… People always think of me and associate the sounds of Raw Power, but even then, there were quite a few ballads; they always seem to forget that part”. Behind The Shade truly is a very broad album where the ballads are just as strong as the more outrageous tracks, with the title track standing as a stunning composition that one wouldn’t likely expect from the guitarist who helped usher in the golden era of punk rock back in 1973.

Williamson recounts the reason behind collaborating with Haden and Meyer as something that fell together naturally, stating “Haden is someone that Mike Watt recommended to me years ago… she has such an amazing voice so I got her to do some backing vocals on Ready To Die (2013), the last Stooges album we ever did… She’s a great singer and a great violinist.”  He goes on saying “I worked with Meyer at the one concert we did for the Re-Licked project… He’s fantastic, he can not only write lyrics overnight, but he can sing ‘em.”.  Initially, he tells me he got the band together for four songs which he had written, “there weren’t any plans. I had a few tracks and I wanted to bring them to life and we were just having so much fun and it sounded so good, so we decided ‘let’s roll with this’”. 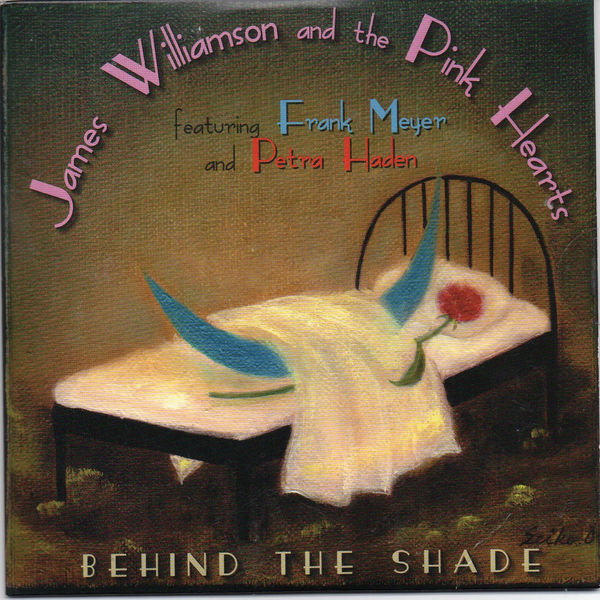 PRE-ORDER BEHIND THE SHADE VIA ITUNES

Having released the music video for the album’s lead single, “Riot On Sunset Strip” on May 15th, Williamson and The Pink Hearts are gearing for the June 22nd release date of Behind The Shade. While no current tour has been announced, Williamson asserts that there will definitely be a handful of west coast dates, further stating, “we will then look to the East coast and some of the musical hubs; New York City, Detroit, Austin, perhaps Toronto… This is a brand new band and we’re excited to showcase the record.”

Looking back at his legacy, Williamson seems proud, thoughtful, and most importantly, humble. “I was really fortunate to be a part of it” he says first and foremost. He remembers getting the call from Iggy to meet him in London to reform The Stooges for the making of Raw Power, “I was sick on my sister’s couch with hepatitis when I got the call”, he jokes, “I had to think: sister’s couch, or a ticket to London… So I went to London, it was the ground zero for all things glam, and I was hanging out with Iggy and Bowie. I was lucky really; it was the right place at the right time.” He continues, “We wrote and recorded Raw Power; we loved the record but nobody else did… We ended up with a lot of tracks we couldn’t use so Bowie came in to mix it and working with what we gave him, in order to make it sound good, he had to bury the bass and the drums, but he made my guitar sound fantastic.”  While recounting, Williamson looks at The Stooges through remembering what he felt at the time, aided by hindsight as he recalls, “There was T. Rex with Mark Bolan and they were huge in London, like The Beatles. We wanted that. We wanted to be The Beatles but were delusional to think we could find commercial success with songs like ‘Your Pretty Face Is Going To Hell’” he laughs and his voice cracks a smile as he says “it took about a full generation for people to get us but they finally did which was pretty cool.”

Williamson is a legend in his own right.  Few people could so casually talk about hanging out with Bowie and Iggy as they were on the verge of making a record that would dramatically shift the direction of alternative and punk rock for generations to come. Just as it was in ’73, his songwriting remains innovative. Behind The Shade showcases Williamson’s unique voice as a songwriter as he continues to once again reject and defy the expectations placed on him with an album that is yet another milestone in his illustrious career.

A passion for music has always been a part of Gerrod’s life. As a young boy, he was raised on a steady diet of the music from The Chili Peppers, Aerosmith, The Stones, Prince, and others from his mum. Raised in the GTA, Gerrod continued to foster his love for music by attending a wide range of concerts and learning the drums. His unapologetic passion for music has no bounds and has spread to a wide variety of styles, whether it be the 90’s rock that sound tracked his teenage years, the jazz he studied in university, or his newfound love for hip-hop. He recently received his bachelors in music and education from York University and is passionate about writing and reviewing good (and less than good) music. Gerrod is also the drummer and songwriter for a Toronto based rock & roll band, One In The Chamber.
RELATED ARTICLES
behind the shadedavid bowiefeatures
9.0

by Gerrod Harris on June 22, 2018
James Williamson And The Pink Hearts Behind The Shade Leopard Lady Records With an illustrious career as a songwriter and guitarist for nearly fifty years, [...]

by SPILL NEW MUSIC on June 20, 2018
JAMES WILLIAMSON AND THE PINK HEARTS – “PINK HEARTS ACROSS THE SKY” A Spill Exclusive Video Premiere A 2010 inductee into the [...]