SPILL FEATURE: A DREAM OF WHAT IT COULD BE – A CONVERSATION WITH KELCEY AYER OF LOCAL NATIVES 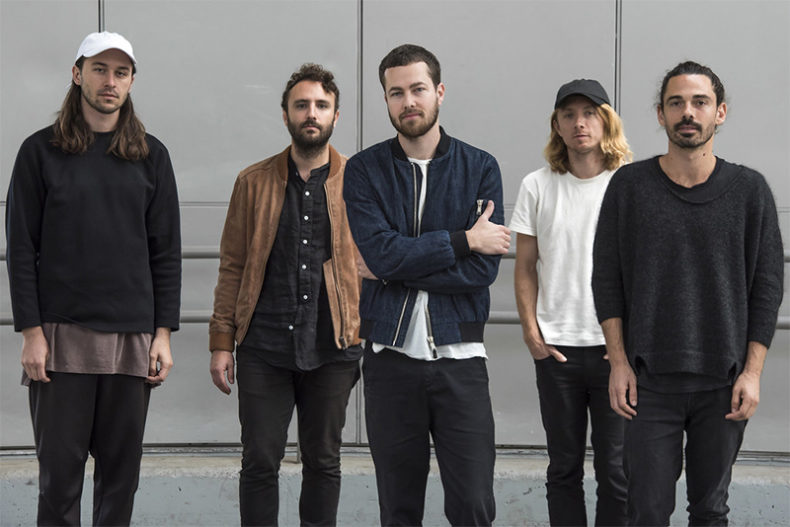 A DREAM OF WHAT IT COULD BE

Things are changing for Local Natives, an indie rock band from Southern California. Having recently released their fourth album Violet Street, they also just played the first show of their new Spinal Choir world tour. Known for their vocal harmonies, creative drum patterns, and multi-talented band members, their music has always been very collaborative. For Violet Street, however, they took a new direction that they had never taken before.

Local Natives multi-instrumentalist, vocalist, and songwriter Kelcey Ayer explained how their typical songwriting process involved writing every part of a song beforehand, recording a demo, and then bringing the completed songs into the studio for the final recording. “When you don’t have a lot of money, you can’t spend a ton of studio time tinkering around like a big band from the ‘80s or ‘90s,” Ayers explains. “We’ve never been in that position”.

However, for Violet Street, they approached songwriting in a new way. “We decided that we wanted to try having a few skeleton bare bones songs, like a chord progression, some main melodies, and a dream of what you think it could be,” says Ayer. They brought these initial ideas to “genius producer and dearest friend” Shawn Everett, who has won Grammys for his work with Alabama Shakes, The War on Drugs, and Kacey Musgraves. They then spent about a year working with Everett on the different songs, exploring different musical ideas and reworking tracks. As Ayer describes, “it felt like really adventurous, exciting, unknown territory for us. We were so used to having so much control over everything and you just had to let that go”.

Everett played a large role in the making of Violet Street, which was a process of growth for the band. This was the largest influence that an external producer has ever had on a Local Natives record since working with The National’s Aaron Dessner on Hummingbird in 2011. Ayer explains: “We would have a song in a pretty great place and then Shawn would have an idea and change the DNA. ‘Shy’ is a huge example of that – there was this really fun guitar solo part that was there for like seven months and one day we threw that out and wrote a whole new bridge with this Yeezus-feeling drum and horn breakdown. That was devastating to me in the moment, as it was one of my favourite parts, but I had to go with the flow and roll with everyone’s excitement. I’m so glad that we did; I think ‘Shy’ is one of the coolest, most experimental rock songs that we’ve ever done and there are lots of moments like that”. 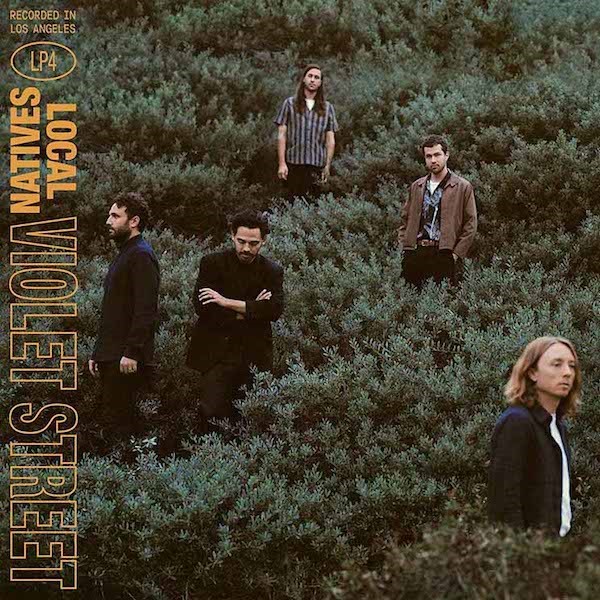 Because Local Natives have been playing together for over 10 years, they used their experience jamming as a band as the foundation for this organic songwriting process. According to Ayer, that is part of what makes Local Natives unique. As the music industry changes, bands that create music together organically as musicians are becoming rarer and rarer.

For Local Natives, jamming also plays a large role in how they adapt their music for the live show. As they want to play their songs with minimal sample usage, they must stay within the parameters of their instruments. This results in songs evolving and changing when played live. Yet Ayer notes how “it really feels like records are quite literally these recorded moments, but the songs live on. We’ve changed songs from past albums to keep up with where we are feeling excited musically. We are happy if we can do a version of these new songs that does them justice, but it really takes years to dive in to songs and switch them up…This album feels very alive to us in a way that is different from the previous three albums”.

This idea of growth, change, and chaos is also reflected lyrically throughout the album. Ayer explains how he and the two other songwriters, Taylor Rice and Ryan Hahn, have recently been trying to find “a way to cope with everything going on”, referring to the current socio-political state of the United States. Regarding the single ‘Café Amarillo’, Ayer explains: “I was writing that song and the lyrics around when Parkland had just happened and these American issues of gun control and all the Trump stuff, the racial inequity in America, it all felt very heavy and I was wondering how to find solace and shelter from the proverbial storm of bullshit in America. Ryan came up with this fictional idea of Café Amarillo where you find respite from everything and this resonated with me. I find shelter and solace with my wife and my dog and in our apartment, we have a kitchen that is painted yellow and there are yellow tiles and it just clicked with me so deeply”. Hahn took on a large role in writing music for both Violet Street and their previous album Sunlit Youth, which also touched upon political issues in America. However, Ayer notes that their music is always very collaborative, which is one of the reasons why the band often swaps instruments during their live shows.

Overall, the whole band is feeling very optimistic regarding their upcoming world tour. Ayer talks about how they have been playing some smaller shows recently, but are really too excited to embark on a tour with some bigger shows that use their full production. After four albums and more than ten years of playing together, Local Natives’ excitement and passion is as strong as ever.

Kieran Davey is a freelance writer and music enthusiast from Vancouver, Canada. He particularly enjoys alternative rock, groovy hip-hop, and basically any music from the 60's. Aside from reviewing music, he also loves playing guitar and spending time in nature.
RELATED ARTICLES
featureslocal nativesloma vista recordings