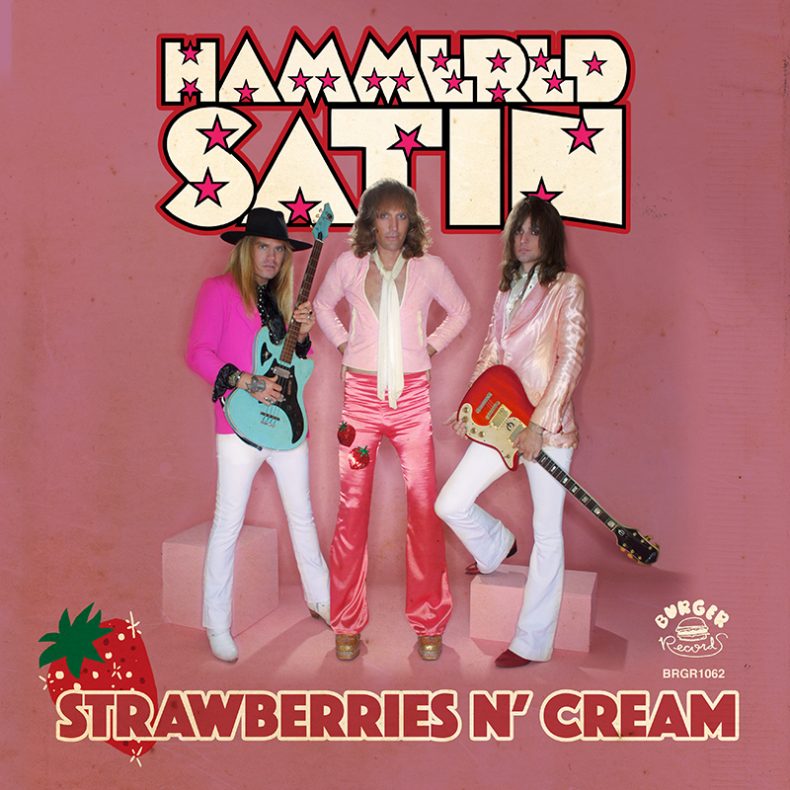 Junkshop Glam band, (a term they use to set the themselves apart from cheesy, tacky, misogynistic, male-chauvinist, butt-rock, ‘80s hair-band stuff) Hammered Satin was formed in Los Angeles in late 2010. As soon as 2011 they opened for the Ark in Sweden playing to audiences in the tens of thousands. Rolling Stone Magazine premiered their music video for “Foxy Dude” which was filmed in New York City. The song is from their 2013 album on Burger Records entitled “Glamorama”. “Foxy Dude” also made Rolling Stone and Yahoo! musics top 20 music videos of 2014. The band has toured the US, Europe, and Canada since the album’s release.

“They are embodying the sound of the 70’s rockers. With a singer who is taking influences from David Bowie and Robert Plant. You’ve got subtle yet ever important bass lines with guitar solos that should make Deep Purple proud. You can hear Thin Lizzy, Bowie, and a bit of the Ramones. They may look glam on stage, but don’t be fooled – they will knock you out cold with one single blast of their guitars.”- Gears of Music

“Strawberries N’ Cream is a thought manifestation love song. It’s about the power of thinking and believing a lover or soul mate into your life.”