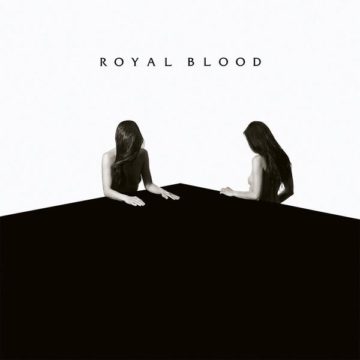 Royal Blood
How Did We Get So Dark?
Warner Music

Modern rock innovators, Royal Blood have returned with their sophomore full length album, How Did We Get So Dark?. The record follows the band’s massively successful self-titled album from 2014. On top of releasing what is bound to be one of the genre’s most exciting records of 2017, it was just announced that Royal Blood will open for alternative rock legends, Queens Of The Stone Age, on their upcoming tour this fall.

As the opening track, “How Did We Get So Dark?” begins to blare out of my speakers, I am not only reminded of how great Royal Blood are, but that the production on this record is flawless.  From a technical standpoint, this is one of the best records I have heard in quite some time.  Considering Royal Blood is a duo, consisting of vocalist and bassist Mike Kerr and drummer Ben Thatcher, the band sounds massive, and each song is just dripping what sounds like liquid gold.  Musically, the album is just as praise worthy as the production. The ten songs revel in the band’s simple songwriting style, and exceed all expectations through their ability to fuse a number of different influences seamlessly together in an unbelievably catchy fashion.

How Did We Get So Dark? is a record which blurs the lines between generations of rock and pop. While sticking to their alternative and modern rock roots, the album sounds as inspired by a number of different classic rock icons — especially Queen and David Bowie circa 1983 — as it is by today’s indie pop and rock artists. This is most apparent on the album’s title track, the bouncy “I Only Lie When I Love You”, the very poppy “She’s Creeping”, and the album’s ballad, “Don’t Tell”. The band’s connection to Bowie and Queen rest largely in the band’s heavy blend of pop and rock, as well as its larger than life and cleanly produced sound; and it is certainly this fusion of influences which makes How Did We Get So Dark? so infectiously catchy and interesting.

That being said, Royal Blood still sound best when they are continuing on the legacy left by bands like Queens Of The Stone Age, and really dig into the hard hitting and dark yet slinky, sultry, and seductive vibes, which made their self-titled so damn exciting. While they are certainly exploring new territory and expanding the band’s stylistic repertoire, this is still an essential element to their unique sound, as heard on the two lead singles, “Hook, Line, And Sinker”, “Lights Out”, “Where Are You Now?” — a track recorded for the soundtrack to HBO’s Vinyl (2016) — and the album’s heavy closer, “Sleep”.

If How Did We Get So Dark is any indication, Royal Blood are quickly approaching a point in which they will be considered as one of the top alternative rock bands of our time. Should they continue this trajectory, they will one day be revered in a manner similar to the aforementioned Queens Of The Stone Age and Red Hot Chili Peppers. How Did We Get So Dark? is heavy and haunting, while also contrastingly fun and funky; regardless, they remain sexy without sacrificing their integrity or ability to be seen as one of rock’s most promising up and coming bands. Royal Blood flawlessly avoid the dreaded sophomore slump with How Did We Get So Dark?, a record which fans will have on repeat for the summer and will be a very serious contender for the best album of the year.

Here's what we think...
Spill Rating
Fan Rating
Rate Here
New Criteria
10
41.5
10
Total Spill Rating
41.5
Total Fan Rating
12 ratings
You have rated this
Album Reviews
album reviewshow did we get so dark?i only lie when i love youroyal bloodwarner music
album reviews, how did we get so dark?, i only lie when i love you, royal blood, warner music
About the Author
Gerrod Harris

A passion for music has always been a part of Gerrod’s life. As a young boy, he was raised on a steady diet of the music from The Chili Peppers, Aerosmith, The Stones, Prince, and others from his mum. Raised in the GTA, Gerrod continued to foster his love for music by attending a wide range of concerts and learning the drums. His unapologetic passion for music has no bounds and has spread to a wide variety of styles, whether it be the 90’s rock that sound tracked his teenage years, the jazz he studied in university, or his newfound love for hip-hop. He recently received his bachelors in music and education from York University and is passionate about writing and reviewing good (and less than good) music. Gerrod is also the drummer and songwriter for a Toronto based rock & roll band, One In The Chamber.
RELATED ARTICLES
album reviewsroyal bloodwarner music
8.0