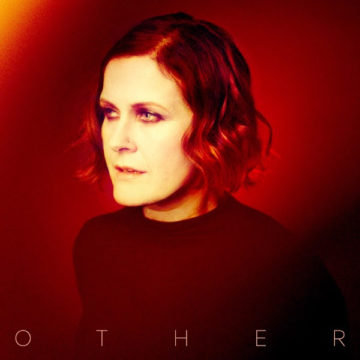 Other is Alison Moyet’s ninth solo album, since leaving Yazoo. This is also her first album since 2013’s The Minutes. The important thing to remember about Alison Moyet is that no two of her albums sound the same. She has, over the years, grown as an artist, incorporated different styles of music and consistently released stunning albums. Other continues in this manner.

On Other, Moyet co-wrote and co-produced The Minutes with Guy Sigsworth, who has worked with Bjork, Goldie and Madonna. That does not mean that Other is The Minutes Part II, or a continuation. What it does mean is that Sigsworth knows how to produce Moyet, and brings out the best in her, both in writing and singing.

This album is full of well produced pop songs, but not commercial pop music. Moyet brings a hundred years of music into her sound. She manages to bring to mind a certain decade. “The English U”  is an excellent example. It brings to mind the ‘90s and yet it sounds remarkably contemporary. The song also features her daughter on vocals.  “The Rarest Bird” brings to mind the torch songs of the ’60s, with beautiful orchestration and arrangements and one of Alison Moyet’s strongest ever vocal performances. Again, although it brings to mind an era, it remains current.

At this stage in the game, Moyet has nothing to prove, and yet she continues to push and challenge herself. Moyet is not the young woman, just out of her teens belting out Eurobeat dance with lyrics to match. She has grown as a mother and an artist, and life is somewhat different for her, and this is reflected in lyrics and the music. Give “April 10th” a listen. Moody background music, while Moyet speaks the lyrics, almost beat poetry. Stream of thought, it elicits more of an emotion than a story. It happens to be the day Paul McCartney announced he was leaving the Beatles in 1970, but I don’t think she is referencing that historical event.  It seems to be about youth versus age in art. One must listen to the whole song to truly appreciate her art.

This album is a strong statement from a talented artist. Moyet never disappoints, and she always delivers. Other is a strong album, and one which Moyet should be proud of. Moyet creates mood and presents the songs in very creative and unique fashions. In this day of streaming, and music taking the form of background wallpaper noise, it is a relief to hear an album such as this in the current musical landscape.

Born and raised in Whitby, Aaron discovered music through his love of The Beatles. This led to a career in radio, writing for various publications, and ultimately a radio show about The Beatles (Beatles Universe), which ran for over four years. When not immersed in music, Aaron enjoys spending time with the loves of his life -- his wife Andrea, and daughters Emily and Linda (all of whom have an intense love of music too).
RELATED ARTICLES
album reviewsalison moyetcooking vinyl
8.0