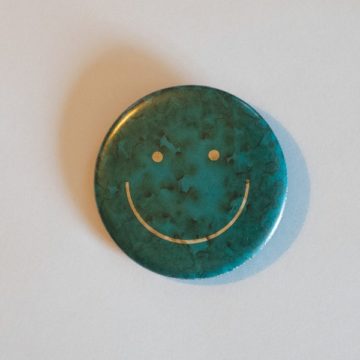 Here Comes the Cowboy finds DeMarco fully engulfed in a mellow, acoustic-keyboard wallow. Now 29-years-old, he is coming across as a very mature artist who has found his groove. Tracks like “Finally Alone” and “Little Dogs March” show the growing control of his voice.

With Another One and more specifically This Old Dog, DeMarco began a transitional period pushing away from the wobbly-chorus effects that dominated his early releases. He began to experiment more with keyboards and acoustic guitars, aiming for a ’70s folk vibe. That organic vibe he explored on This Old Dog is back here but lacking the same originality.  DeMarco does use a chorus pedal on his electric parts here specifically on “Preoccupied” but it is toned back to a more natural, almost tamed sound.

Here Comes the Cowboy consists mostly of laidback numbers with DeMarco strumming his acoustic and singing softly. While this style does produce some great material, “K” and the gorgeously crafted “Finally Alone”, the overall vibe of the album becomes a bit monotonous. The material itself is quite pleasant to listen to but when compared to his previous releases, it’s just not as strong.

It’s only when DeMarco throws us a curveball that the album becomes interesting. “Choo Choo”, a ‘70s funk style number, and the last few minutes of the album closer “Baby Bye Bye” bear a striking resemblance to John Lennon’s Plastic Ono Band vibe. These tracks are some of the high points on the album, at least from a musical standpoint. DeMarco’s guitar tone gets the stripped-down, raunchy treatment which is really something he has yet to explore with his solo work. Having not really heard DeMarco get gritty, this is a rare treat and one that he should continue to explore on his next release.

As a child growing up in the suburbs, Ryan found music as a way to soothe his boredom. After first hearing AC/DC at the age of 10, he was hooked on music. Tracing its roots to the ‘50s, he became obsessed with Elvis, Buddy Holly and Chuck Berry. Somehow that led to grunge, then psych-rock, then jazz, etc. The list goes on and on and his collection of vinyl records continues to grow.
RELATED ARTICLES
album reviewalbum reviewshere comes the cowboy
6.0