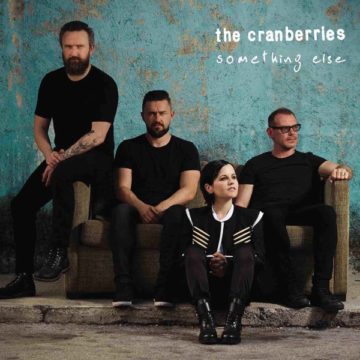 The Cranberries
Something Else
BMG

Chokers. Strategically ripped jeans. Remembering to feed your Tamagotchi before leaving the house. The 90s are back, and now, so are The Cranberries.

Celebrating the 25th anniversary of the band, The Cranberries are set to release Something Else, a new album featuring re-worked renditions of their major hits, as well as some brand new material. The album is due out April 28 via BMG on digital and CD formats, and includes seminal Cranberries songs like “Linger,” “Zombie,” “Dreams,” and “Ode To My Family” re-recorded in orchestral and acoustic arrangements.

“Linger” is the perfect choice to open this album, and reminds us what we most loved about The Cranberries. There is something familiarly comforting, especially in tumultuous uncertain times which have become our new normal, it is comforting to return to songs we know all the lyrics to. “Linger” appears a bit more somber this time around, which helps this album not start off by “just” being a throwback to simpler times, but showing us once again that everything old is new again.

Three new songs appear on this album: “The Glory,” “Rupture,” and “Why.” These new songs seamlessly blend well with the classics, continuing the themes of feelings and family long heard in more known Cranberries’ songs. “Why” is said to have been written after the death of O’Riordan’s father, and she is able to convey her feelings of managing through grief to her listeners.

Many times, when a band re-records their songs, there are many changes – perhaps to reflect what long-time fans are currently listening to, or perhaps people have a more developed palate, or to find new listeners, but those of us that loved The Cranberries debut, Everybody Else is Doing It, Why Can’t We? as well as the ensuing No Need To Argue that brought us the grungier “Zombie,” will take comfort that none of the songs we loved back in 1992 have been significantly changed on Something Else. Sure, they are now acoustic, and backed by the Irish Chamber Orchestra, but the new addition of strings haven’t overshadowed the tender tone of Dolores O’Riordans signature vocals. “Zombie” is perhaps the song most changed on this new offering – it is now featires less grunge, and more passion, due to the removal of the hard drum beat. “Zombie” has matured, and feels less angsty, which makes sense as when it was written, the band was in their teens and have matured along with the tune.

That the lyrics and sound of songs like “Dreams,” “Linger” and “Ode to My Family” are still relevant is a testament to the superior writing of O’Riordan and Noel Horgan. I’d like to think that Something Else is a foreshadowing of sorts, letting us know that the band is back, and ready to recapture our airwaves with altogether new songs. Personally, I’d welcome that.

Here's what we think...
Spill Rating
Fan Rating
Rate Here
New Criteria
10
54.5
10
Total Spill Rating
54.5
Total Fan Rating
18 ratings
You have rated this
Album Reviews
album reviewsbmgdolores o'riordaneverybody else is doing it why can't we?lingersomething elsethe cranberries
album reviews, bmg, dolores o'riordan, everybody else is doing it why can't we?, linger, something else, the cranberries
About the Author
Lucy Rendler-Kaplan

Lucy Rendler-Kaplan is a native Chicagoan, recently returning home after 10 years in Los Angeles. Having worked in field marketing for the past 17 years, Lucy recently left corporate America to work as a consultant. When not running, Lucy can most often be found out with her dog, watching an NFL game, or listening to live local music. Passionate about writing, Lucy enjoys writing about music in lieu of playing it.
RELATED ARTICLES
album reviewsbmgdolores o'riordan
9.0