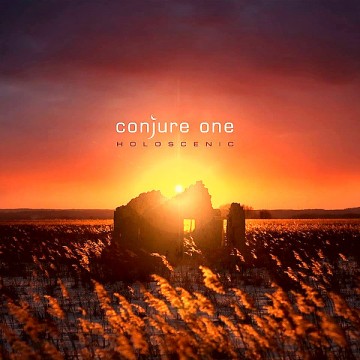 Rhys Fulber is legendary in the ranks of Canadian electronic music engineers, a visionary artist with a magnificent range of talent who has impacted the industrial, EBM and synthpop scenes for decades. Conjure One is the incarnation of Fulber’s softer side and with the jump to Armada Music, Holoscenic was anticipated as a melodic and profoundly trance-inspired album. Fulber systematically achieves easy-listening but complex and soulful music; an uncanny type of conformism without compromise. That is among the keys to his success in this project, and a testament to his excellence as a music producer.

Holoscenic is the most accessible Conjure One album to date, and very aptly titled – from the Latin holo for whole or complete, this new release achieves a syncretic view of contemporary electronica. It connects the darkest fringes of esoterica to seminal house vibes, serving as a gateway between the alternative and mainstream electronic music scenes.

Among its numerous virtues, Conjure One is distinguished through prolific collaborations. From Dutch pop stars to Sinead O’Connor, Fulber must have an enviable and inexhaustible Rolodex. Delerium fans will recognize the characteristic dark ethereal streak, expertly blended with trip-hop beats and soulful piano interludes. Holoscenic welcomes back Kristy Thirsk – her laments in “Ghost” are deeply melancholic, making the ballad one of the most powerful tracks on the album. It also features Leigh Nash of Sixpence None the Richer, who brings quirky inflections and a rebellious twang to “Under the Gun,” and former boy band member turned prog trance producer Christian Burns singing on “Only Sky.”

The star track of the album, however, is “Miscreant” – it carries that unique and profound pathos that only Fulber can muster. This song alone can move a mountain to tears; it is the soundtrack to a sorrowful goodbye, or the hymn of prophetic new beginnings. As far as atmospheric ballads go, none in the industry can hold a candle to Conjure One. Holoscenic is as accomplished of a work as its predecessors, though definitively more approachable to popular music listeners.

I’m a geeky weirdo with her fingers in all sorts of pies. I paint and illustrate all sorts of nonsense, I make strange noises. I rant and rave, set things on fire, I’m an awesome cook and I throw a mean party.
RELATED ARTICLES
album reviewsdeleriumfear factory
7.0