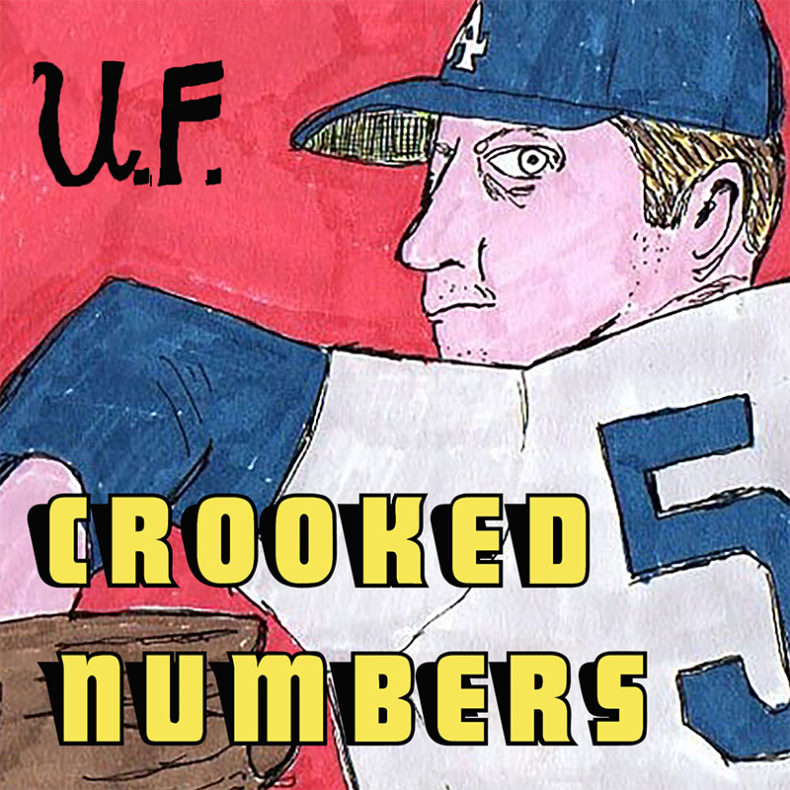 D. Crane (of Seattle sloppy, loud, indie-pop band BOAT) and Charles Bert (of Seattle quiet indie-pop band Math & Physics Club (MAPC)) first played together in 2013 at an impromptu anniversary show for Seattle’s Three Imaginary Girls at a Seattle ice cream parlor. Crane has always been a fan of Bert’s wistful vocal melodies, and Bert always tolerated Crane’s hoarse and throaty voice. The two envisioned making some kind of Simon and Garfunkel masterpiece that summer in Crane’s Tacoma garage. Over a few summer months, Crane and Bert would combine with drummer Chris MacFarlane (owner of local indie-pop record store/label Jigsaw Records) and bash out several instant classics in the sweaty confines of Crane’s garage. Less Simon and Garfunkel and more Monster-era REM fronted by Kermit the Frog and Paul Simon, these songs made up UF’s debut record entitled “Solid Gold Cowboys.” This first record became #1 on KEXP’s morning and afternoon shows, which led to a slew of shows including slots at the Sasquatch Music Festival, Bumbershoot, and opening for the likes of Death Cab for Cutie, The Young Fresh Fellows, and Juliana Hatfield.

During this time, Crane and Bert each invited a new multi-instrumentalist to play with the band. Mark McKenzie (BOAT) and Ethan Jones (MAPC) contributed to creating a new album full of even bolder, fuzzier, scruffier, and more lovable songs (recorded with mastermind producer Jackson Justice Long).  This new collection is entitled “Crooked Numbers” and will be released by the venerable Swoon Records on January 12th, 2018. UF plans to play shows, and eat pizza all over the Pacific Northwest in 2018. The band idolizes local legends like Scott McCaughey, Doug Martsch, The Sonics, and Beat Happening. D. Crane says, “There are so many amazing bands from Seattle, Tacoma and Olympia (places the different band members call home), we want to keep these places on the official rock and roll map.”

“When Charles and I get together and eat dinner (almost always Indian), the subject is the same. How do we make a cool pop album that plays like a greatest hits album. In baseball a crooked number is a crazy inning of scoring runs. We think this album is not unlike the Mariners scoring 13 runs in an inning.It’s our greatest hits.” ~Dee Krain