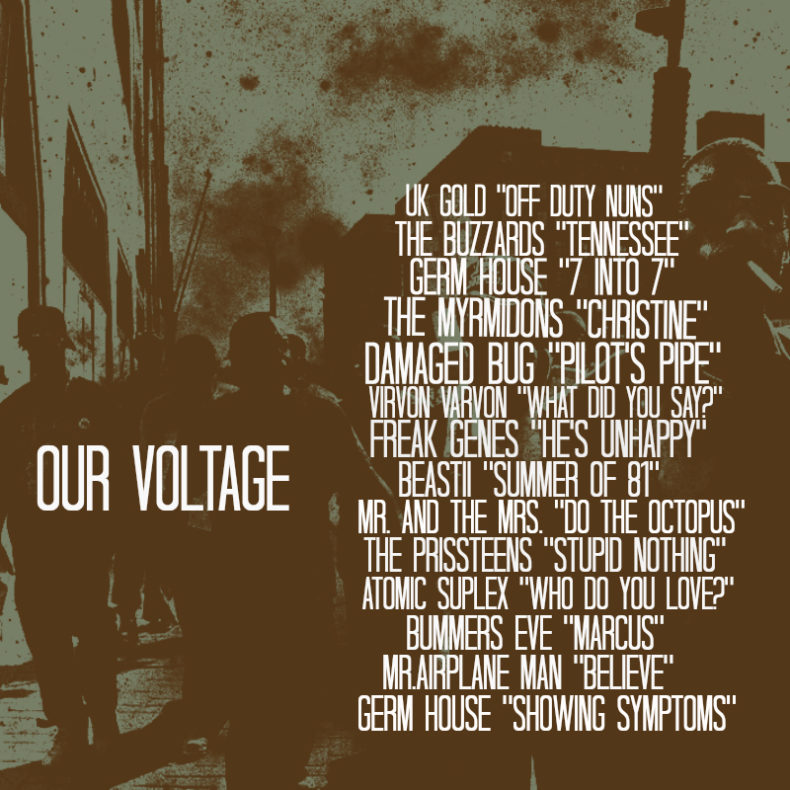 When dreamy psychedelic blues punk duo Mr. Airplane Man went into the studio with Justin Hubbard (Germ House) at the helm, they’d been back playing for a couple of years and had locked right back into the magic they’d created the decade prior, when they were burning up stages with The White Stripes and Yeah Yeah Yeahs. They’d been gigging and recording regularly, including a European Tour with The Gories and US dates with Reigning Sound.

“Believe” is a new track they’ve contributed to the Various Artists benefit compilation, Our Voltage, due out in March on Girlsville Records. This version of “Believe”, recorded by Hubbard, is exclusive to the compilation. A Robin Girod-produced version of “Believe” will appear on Mr. Airplane Man’s upcoming Sympathy For The Record Industry LP, engineered by James Finch.

My memory of recording at that session is that it was very raw and real like how we actually play being in the space we practice in. I remember working with Justin being so great, he’s into getting the full throttle sound, so he actually set us up face to face and did some unique/genius maneuvering with the amps and mic’ing so that we could get some separation playing loud, live in a small space. Just a note that most engineers cannot pull that off.

Garrett reflects on the song “Believe” in particular:

“Believe” is hands down one of my favorite songs on the new record and one of the best to play live. The lyrics are so good, and the feel is just so exciting. Like being jet propelled through the skies. The song is, in my opinion, a most relevant anthem for the women of our times. It’s indicative of the turning tides. We believe in our own soul, over being beholden to romantic love as women of past generations were programmed to ‘believe’.  I am also seeing it as the turning point of our band, in that Tara McManus is a phenomenal singer and songwriter, and it’s just the beginning of more songs to come that she will take the lead on.

The proceeds from sales of Various Artists: Our Voltage will benefit legal aid for anti-racist activists and a new community self-defense gym in Chicago called Haymaker. Pre-order available HERE.