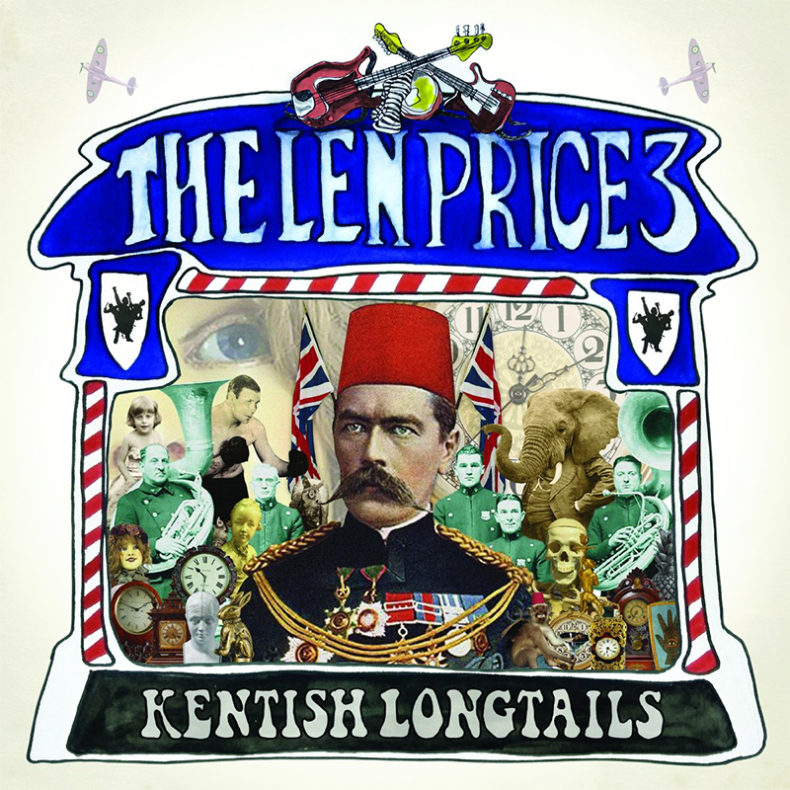 “Rock and Roll doesn’t need saving; the cure’s right here.” That’s what David Fricke, the legendary Rolling Stone journalist said of The Len Price 3, an English pop band who deliver instantly memorable tunes and an unstoppable whirlwind of power. With an ever growing and ferociously loyal world-wide following, twelve years and five albums under their belts, they remain the best kept secret in show business.

Their new release, Kentish Longtails namechecks a piece of local folklore concerning a curse allegedly placed upon the people of Strood by Thomas à Becket, which condemned the children of this town on the banks of the Medway to be born with tails. Thankfully tailless, but with tall tales and colourful harmonies intact, the Len Price 3 deliver catchy vintage pop tunes with plenty of punk rock oomph and a sprinkling of sonic weirdness. Expect melodic nuggets, shiny pop hooks and rich lyrical content laden with wry social observations and acid tongued retorts.

Glenn said, “With this album we took a slightly different approach. I wrote a number of songs whilst on holiday and I also chose to pretend I was writing for a different band on several tracks, which was a liberating experience. We recorded most of the tracks ourselves too in Steve’s garage & Neil’s shed. It was like three lads messing around with a tape recorder in their first band, so very relaxed and with a looser vibe. We’re really pleased with the songs and the way the album has turned out”.