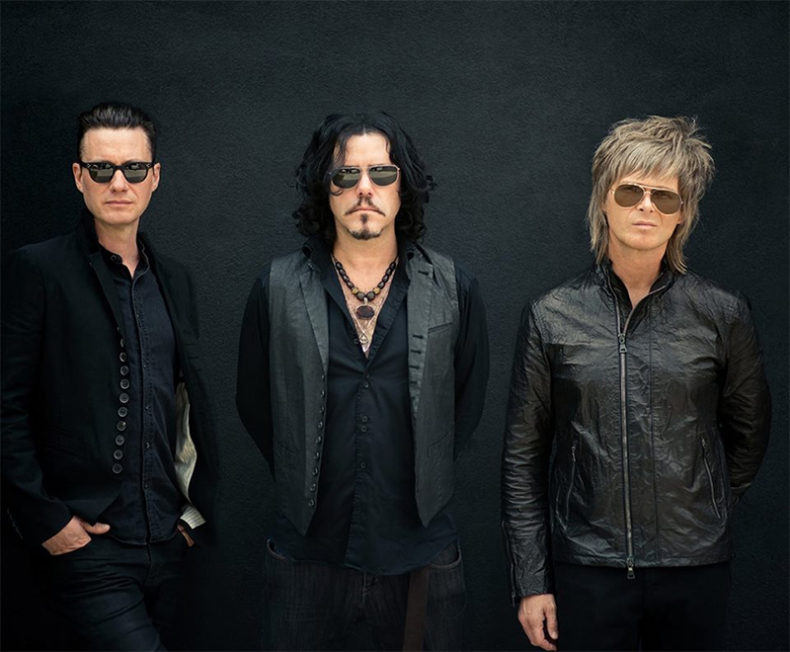 Multi-platinum Canadian rock band The Tea Party announced 2 Ontario dates for this December, making 1 stop in Toronto and another in Barrie to perform for their loyal Canadian fanbase. With a career spanning over 25 years and with 8 major-label releases, The Tea Party show no signs of slowing down and are excited to return to the stage.

“It’s an incredibly exciting time for The Tea Party. We are putting out our first new music in a few years and it absolutely rocks. Jeff Martin’s guitar work in so tasteful. To cap it off we have a few shows before the end of the year scheduled to perform this music live.” Says Stuart Chatwood, bassist and keyboardist of The Tea Party.

The Tea Party have been nominated for numerous JUNO awards and have received 22 MuchMusic Video Award nominations including three People’s Choice Awards for Favourite Music Video. They have sold over 2 million records worldwide, as well as toured countless times through Canada, the United States, Europe and Australia and are known for their musicianship, unique sound and stage presence.

Last year the band celebrated the twenty-year anniversary of their ground-breaking, JUNO nominated album Transmission with a cross Canada tour and are currently in the studio putting the finishing touches on new music.

Tickets for the Toronto show date go on sale on today.

SPILL NEWS strives to keep our readers up to date with news and events in the music industry. We keep you informed of the most recent information regarding new releases, tour dates, and information items about your favourite artists.
RELATED ARTICLES
jeff martinnewsthe tea party

by Samantha Wu on July 8, 2022
THE SUN WILL SHINE ON THROUGH A CONVERSATION WITH JEFF BURROWS OF THE TEA PARTY Hailing from Windsor, The Tea Party have been a pillar in [...]