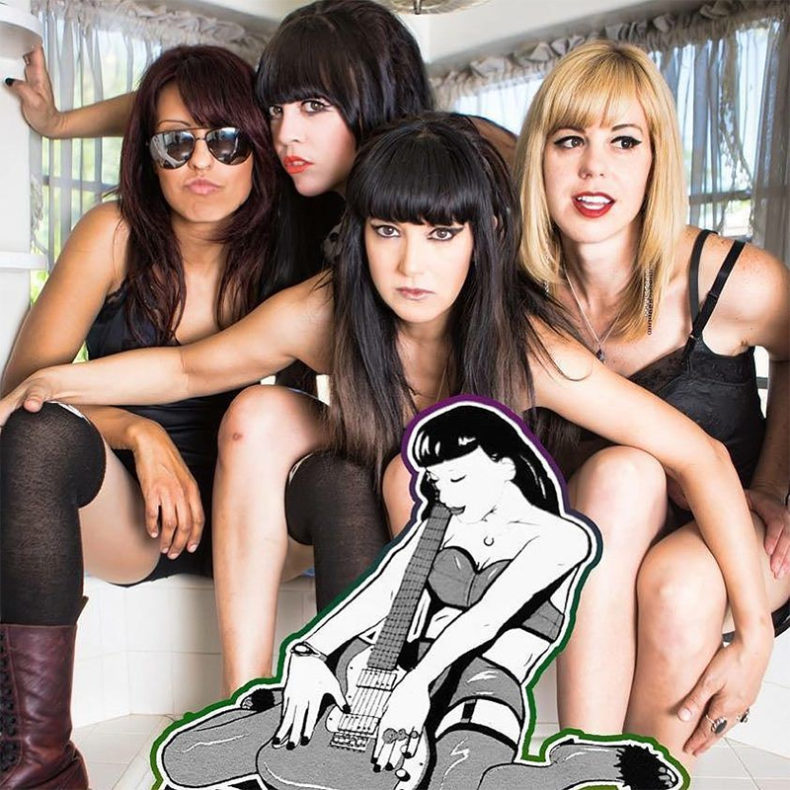 Barely a year has flown by since Phoenix/LA garage-psych goddesses The Darts (US) wrapped up the final mixes of their phenomenal, self-titled debut EP, which was released on 10″ vinyl at the beginning of October 2016. They have since self released two 10″ vinyl EPs, signed to an international record label, performed multiple tours of the US and Europe and have just completed their debut full-length album, Me.Ow. In their new video single for “The Cat’s Meow, The band are seen wrapped up and around various super 8 cameras, fully catted up whilst prancing and prowling, purrrring and grrrowling all throughout the track. 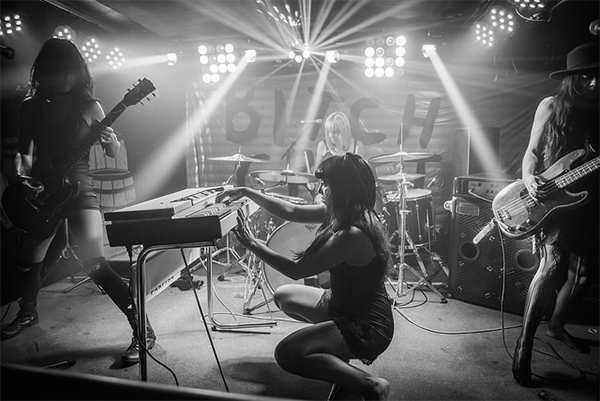 “This might be the sexiest song we’ve written to date. There is a lot of meowing in it. So it made sense to shoot it on a gritty Super 8 camera, with paper cat masks of course.”