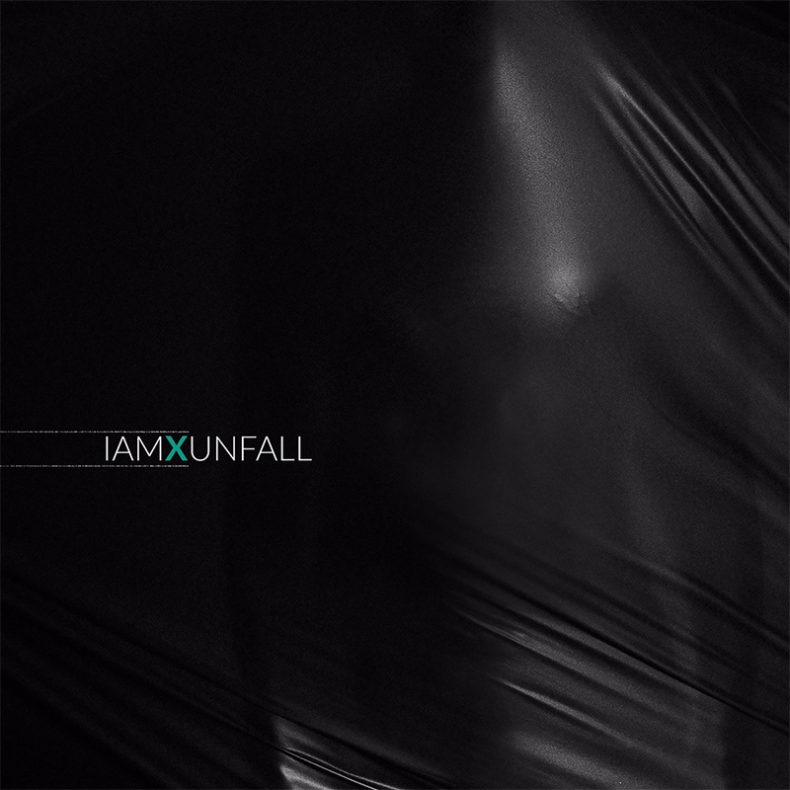 THE FIRST IN A SERIES OF EXPERIMENTAL ALBUMS

Male/Female. Human/Machine. Rock/Electronic. Analog/Digital. It’s a binary world and Chris “IAMX” Corner is not afraid to flip it inside out. As part of Sneaker Pimps, Chris took electronica into the pop mainstream. As IAMX he explores his mercurial identity and influences. As Unfall (German for accident), he expands his sonic palette through remixes for others and his own experimental work. Now, Chris is turning his Unfall alias into the title for a series of instrumental and abstract albums that showcase him working with modular synthesizers and avoiding pop radio formats. Unfall, will be released digitally and on CD September 22nd while limited edition vinyl will be released October 20th, and lead single “Little Deaths” on September 15th 2017 via Caroline/Universal.

Sure to surprise and delight IAMX fans while finding favor with the underground electronic dance aficionados,“ the songs on Unfall are an antidote to normal IAMX structure and a chance to be as playful as we like. Part of the attractiveness of this project is the freedom and experimentation,” Chris says about Unfall. That freedom allows him to explore music mechanically and mathematically. “In university, I didn’t like practical mathematics but more the abstract /creative math. That paved my way for my interest in electronic music,” he says. The approach to Unfall is abstract and impersonal, but the process becomes intensely personal the more time you spend with imperfect machines.

Through Unfall, Chris is presenting his essence as pure sound devoid of intimate lyrics or details. The intimacy comes from the time Chris spent coaxing flawed beauty from his machines. “I’ve always tried to be as minimal as possible, using one piece of software and limited amount of synth plugins, “ he says. “Using simplistic stuff is helpful but it’s complicated getting interesting and diverse sounds, so you have to work really hard, and that is fine for songwriting and the kind of music I was doing before, which was much more song-based. Sound design was embellishment as opposed to the core of the music.” For the Unfall series, Chris wants sound design to be the core. “I want to produce something that takes me someplace otherworldly and not connected to a song structure or selling records in a certain way,” he says.

With collaboration comes innovation, something that fuels Chris’s curiosity to attain unconventional results. During the recorded process Chris connected with famed UK Producer and friend Jim Abbiss (Adele/Ladytron/Kasabian/Arctic Monkeys) who he worked with on Sneaker Pimps debut ‘Becoming X’. Both discussed how they were spending their current time exploring and experimenting and agreed that it would be fun to have Jim hang out in Chris’ LA studio for a week and play around.  That turned into quite a fruitful 7 days, as Jim ended up co-writing and co-producing several album tracks; ‘Running Point’, ‘Trust The Machine, ‘Cat’s Cradle’, ‘Polar I.’, ‘TeddyLion’, ’11.11′, and ‘The Disease To Please’. The later features vocals from Go Go’s rhythm guitarist and vocalist Jane Wiedlin.  Chris and Jane have been looking for something to work together on and this just came about naturally according to Chris.

In addition to Chris’ aural creation, his mercurial talents extend to IAMX’s videos and visual as well.  Chris also recently lent those talents to Gary Numan, when he Directed, shot and edited Gary Numan’s video for his lead single “My Name is Ruin” from his forthcoming LP Savage.  According to The Quietus,“The video sees Numan stranded in a barren landscape setting, and sets the scene for the themes explored on the track and new album set in an apocalyptic, post-global warming Earth in the not-too-distant future”.

Chris Corner is not shy about experimenting and sharing. He has been open about his fluid sexuality and outspoken about mental health. In his music, his boundless experimentation takes shape in gender-bending futuristic fashion, genre-blurring electronic rock, and now abstract sound design. Unfall, Chris says, represents “a way of decluttering my wired mind.”

In addition to releasing Unfall in September, Chris is also working on a new IAMX album for January 2018.

Unfall is out September 22nd.

SPILL NEWS strives to keep our readers up to date with news and events in the music industry. We keep you informed of the most recent information regarding new releases, tour dates, and information items about your favourite artists.
RELATED ARTICLES
chris corneriamxnews
9.0

by Aaron Badgley on February 2, 2018
IAMX Alive In New Light Caroline/Universal Music IAMX is really Chris Corner, formerly of Sneaker Pimps. He has been recording and performing under the name IAMX since 2004 and Alive In [...]
10

by Synescape on September 22, 2017
IAMX Unfall Caroline International/Universal Music At the heart of all revolutions is a seed of madness, a frustrated intelligence that cries for transformation. In a time when electronic music was [...]