SPILL VIDEO PREMIERE: UNDER THE RUG – “AS LONG AS YOU’RE HERE” 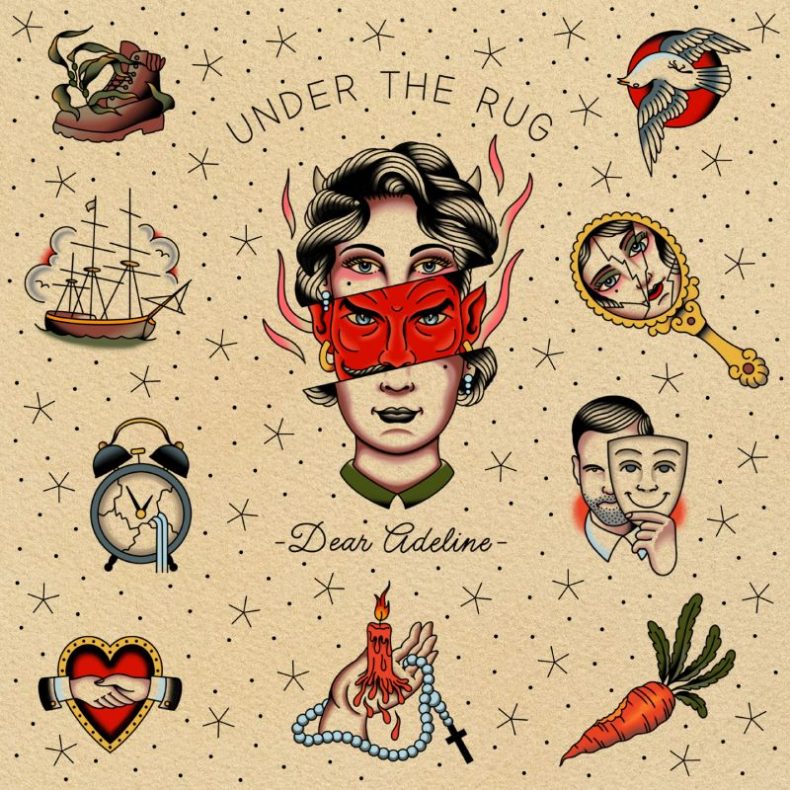 UNDER THE RUG – “AS LONG AS YOU’RE HERE”

A change in perspective can paint a picture in a whole new light. Austin, TX trio Under the Rug took this idea to heart when creating their stunning LP, Dear Adeline, a ten-track collection of emotive, dynamic indie rock that chronicles grief, tumult, and healing after the loss of a loved one and simultaneous dissolution of a romantic relationship. Like Richard Linklater’s Boyhood, Dear Adeline was written and self-produced in real time over the course of five years, each track capturing a specific moment in time that, when put together, creates a beautiful, three-dimensional portrait of the grieving and healing process.

To hear Dear Adeline as it is being released is to hear an empathetic chronicle of the healing process, but also an impressive exercise in restraint when it comes to editing. “These songs were all written at a specific moment in time,” says guitarist Sean Campbell. “When we look back at them it’s easy to judge them and want to update them, post-healing, post-closure, but you have to leave them alone.”

“Some of these songs are just downright salty, if I could now, I would go back and edit some of them,” adds vocalist Casey Dayan, “Be a little more mature, maybe, but I think that vulnerability is where the magic is. Just gotta let them sit and be what they are.”

Today, we’re proud to premiere Under the Rug’s new single “As Long As You’re Here,” an expressive, Shakespeare-inspired, piano and vocal-led ballad that finds Dayan squarely in the “anger” stage of the grieving process, proclaiming that a life in Hell would be better than a life alongside song’s subject. Give it a listen below…