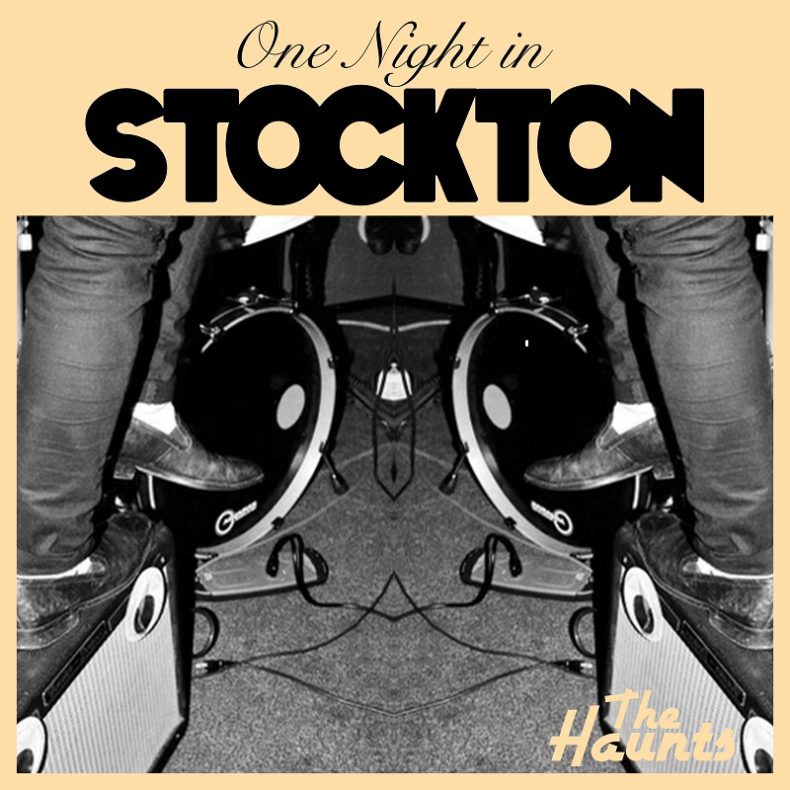 So go the clever opening lyrics to “Stockton” – an upbeat indie rock song about the strains of touring, out September 23rd from The Haunts. The LA local trio consists of Max Collier on vocals, Alanna Swadlow on drums, and Aaron Brotman on guitar. The song “Stockton” was born on the band’s northwest tour at the top of 2020.

Guitarist Aaron started playing with a riff that the rest of the group immediately responded to; even the tour manager said “Keep working on that.” Vocalist Max wrote the lyrics about that particular end-of-tour slog, when your body is so broken-down you can hardly go on—but somehow, you manage. By the end of the run, after the group played their San Francisco show, they were so out of sorts that they barely made it to Stockton in time to play their last show. When they got there, a magical twist awaited them.

“Stockton was the best show of the tour,” Max says. “The place was stacked with people, I almost got pushed into the drums, and we made so many friends. To go from one of the worst points of the tour to one of the most fun evenings, that is what this song’s about.” Drummer Alanna agrees: “When I think of this song, I think of me with two of my best friends on the road, exhausted, backs hurting, fighting, laughing and crying, then the best show. It’s like a coming-of-age story for musicians.”

The band has a distinct playful energy that translates well through the music video, shot on actual camcorders at a colorful Beverly Hills playground, directed by Frances Wiese and Halsey Pierce with What The Heck Media. They showed up early and let their musical spirits shine against the bright and innocent background. “Stockton” is off their upcoming 2nd EP Wring Me Out, due out late 2021.

The Haunts
Wring Me Out
(Independent)
Release Date: Late 2021