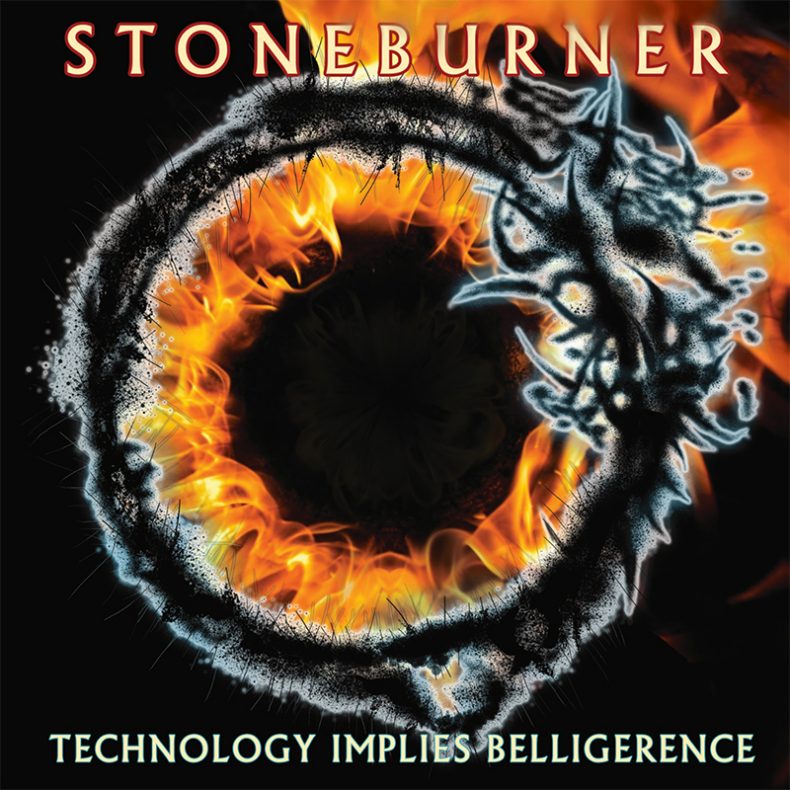 Stoneburner is the tribal industrial side project of Steven Archer—best known as half of the dark electronic rock band Ego Likeness. Stoneburner explores a drastically darker and malevolent side often depicted in his visual art. Stoneburner draws direct influences from many early industrial and experimental artists and fuses it with modern production values and a tribal aesthetic. It runs the gambit from brutal aggressive beats and distorted vocal, to chasms of deep emotion and cold beauty.

The new album “Technology Implies Belligerence” (Negative Gain 2019) takes it’s name from Peter Watts’ dark biological/ psychological science fiction novel “Blindsight” and explores many of the ideas from the novel as well as Steven’s aggressive and occasionally gruesome artistic sense. Solo or with an ever-rotating band of musicians, Stoneburner live is a thing to be experienced. Steven violently attacks his personal drum rig and stalks the stage like a caged animal in a haze of smoke, light, and video projection. He has been joined on drums by members of Mindless Faith, Velvet Acid Christ, Chemlab, Chant, Ivardensphere, Die Warzau, Go Fight, and many others.  In addition to his own material, he will often perform classic industrial songs for his own amusement and is occasionally joined on stage by his wife and collaborator Donna Lynch to perform reworked Ego Likeness material.  Stoneburner returns industrial to its aggressive, percussive, intelligent, and experimental roots.

Technology Implies Belligerence represents a huge departure from Stoneburner’s previous releases. The tribal industrial atmosphere is stronger and as aggressive as ever, but reaches a new peak with the addition of Steven’s vocals and lyrics. The record draws from many lyrical ideas and concepts, its name originating from Peter Watts’ groundbreaking first contact novel “Blindsight”—specifically the first single “The Structure Itself is in Pain” and the final ambient epic “Theseus Abandoned”, which features a monologue by Watts specifically recorded for the record. The songs “The Angel of Abscess” and “Everything Tears Away at Everything Else Forever” venture into sonic interpretations of Steven’s visual art work, painting images of one’s sins exposed upon blood-draped landscapes of muscle and bone.

Themes range from the personal and somber meditation on mortality with “One By One We Glitter and Disappear” to the aggressive yet equally personal vehemence of “So Much More Aware, So Much Less Perceptive”. Other songs like “Apocalypse Ennui”, “Dry Gun”, and “World of Mirrors” will appeal to fans of earlier Stoneburner material. In addition to the record and extensive touring, Steven will be releasing 6-7 full length videos, the first of which—”The Structure Itself is in Pain”—is currently on YouTube, while the single can be found on Bandcamp.  The full length album will be in stores July 12th, through Negative Gain and all other outlets.

“This started as a love song to my wife and ended up being a love song to both her and prescription drugs. The medication listed throughout the video includes everything we have been on in the last 20 years.” ~Steven Archer

by Aaron Badgley on March 23, 2018
…And We All Die Modern Day Privateers (Remixes) + Outtakes Independent …And We All Die is a collective of musicians organized by Raymond Burton [...]
6.0