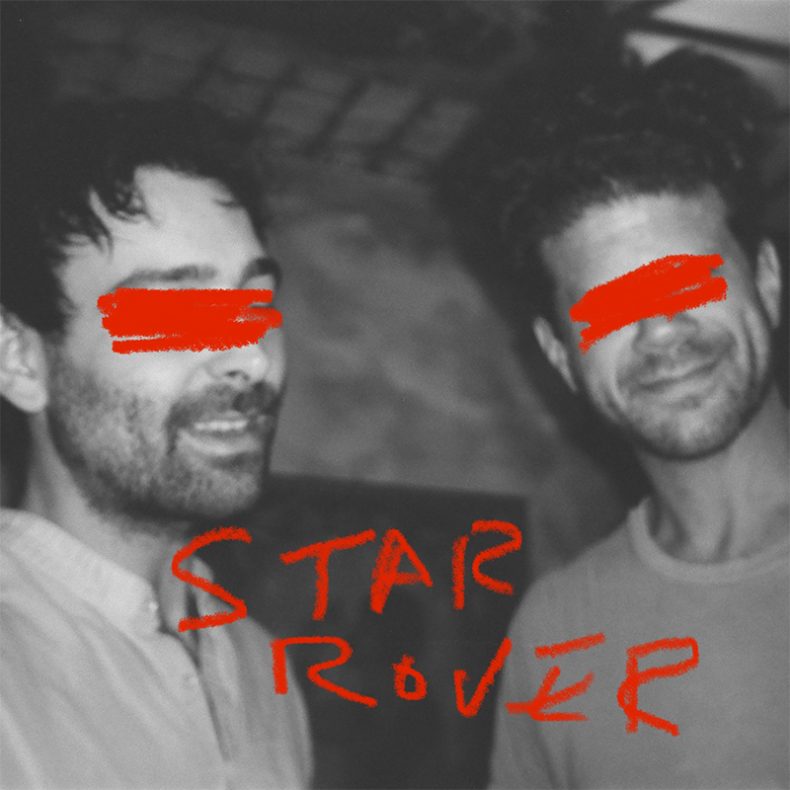 There’s a good reason that New York City has long been considered a hotbed of musical activity and creativity in general – and it seems that such creatives are encountered more frequently (or at least we are hearing about them more) from so many different regions of the city.

Today we are pleased to present you the premiere of ‘The Springs’, the second track from the forthcoming eponymous album by Brooklyn-based collective Star Rover – a series of lyrically whimsical tales that are as diverse as they are fantastic. This track happens to be an instrumental and somewhat reminiscent of TNT-era Tortoise, a nice nod to their Chicago brethren, as well as producer-composer Michael Brook. Sheer excellence, this is vacillating instrumental post-rock with an American tinge. This is the stuff of reverie, innocence and perhaps even a taxidermical road trip from decades past.

After experimenting and composing for the past few years, Will Graefe and Jeremy Gustin – decided to affix their ideas to record, capturing the improvisational energy of their live sets with the depth and fidelity of the studio to create something dynamic, aggressive, nostalgic and beautiful all at once. Earlier, the duo presented the lead track “Ghosts of New York State” with a curiously uplifting animated video directed by Clara Trevisan.

With the unforeseen break in performances caused by the pandemic, Star Rover had the opportunity to work on their music without time constraints. They called on frequent collaborator and Grammy award-winning songwriter Jesse Harris to help them produce a new record at his Long Island studio, a fruitful exercise of telepathic communication in spirited live takes, using those as springboards for sonic experimentation.

Jeremy Gustin provided the following commentary for us:

“Often I’ve found with music videos, the music supports the video more than the video supports the music. The main attraction is what you’re looking at . Gotta keep that visual stimulation! Otherwise people move on , sometimes I give a music video 3 seconds before moving on. With that in mind it can be a little overwhelming to come up with a great idea that will keep people watching , not to mention if you don’t have a big budget there’s only so much you can do. Which brings me to free video archive websites scouring through old videos that are there for the taking. I do love editing old footage together with new music , finding new relationships.

What I eventually found was puzzling because I really thought it fit well although it was quite boring ! Landscapes , long endless roads, old abandoned towns , motel swimming pools. Mundane, and not a lot happening . Somehow I stayed drawn to it. I found that it supported the music almost like ambient music can support a film. I found it interesting that I was flipping the roles. It didn’t need to be noticed too much.

Once I created the basic shape I was almost happy . It needed some change in the bridge of the song, a different sort of world for a moment. Somehow, finding this bike safety video from the 1970s with kids riding around in monkey masks seemed to work great. The first sign of life in the video , an absurd one . After sitting with this for a while I got curious about adding some words and/or animation on top of the footage . I asked Clara Trevisan who I’ve worked with now a few times . She’s very intuitive and I love her aesthetic. She’s a Brazilian living in in Port Alegre , I had a feeling she might want to use Portuguese which I thought could add another layer . We never discussed what words or what images she’d use. Plus she didn’t know why the song was called “the springs” . She really only had the video to work off for ideas. She played with words about a place , an oasis , a refuge , being here or there etc .. Her drawings were mostly of homes in places they may / may not be expected to be.

The Springs is the name of the town in Long Island where we recorded. The small beach house / studio we recorded this music was very much a place , a refuge, an oasis etc.. some of the drawings even resemble the shape of the house. A strange beautiful connection that made everything feel that much better, and that much more finished.”

For this album, the duo worked with engineer Vira Byramji, letting the environmental sounds inspire the material. In several songs, one can hear the buzz of insects and crashing waves in the distance, in addition to two musicians playing in a woody beach house room. No headphones, just the room.

Also check out their brilliant first single with animated video, plus one more brilliant offering from the band: