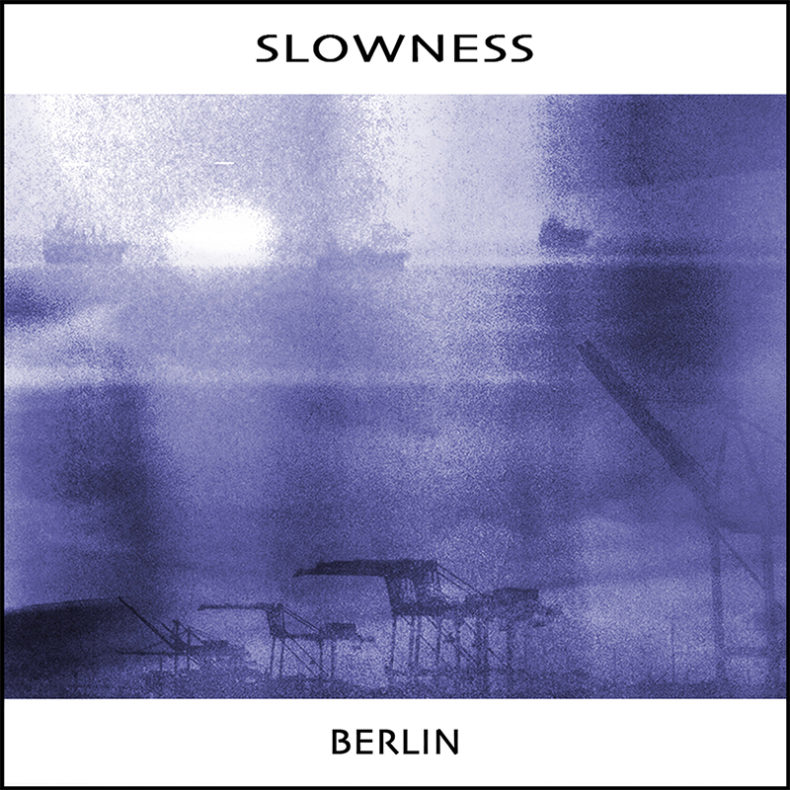 Today we are pleased to present the premiere of the new video for ‘Berlin’, the new single from San Francisco-NYC based collective Slowness, which they wrote several years ago immediately upon returning to America from touring Europe. With dreamy slowcore gaze-rock at its core, this track is also seemingly infused with a certain element true to 60s psychedelia. This track is the second single from their long-awaited Berths album, following up the first single ‘Rose’. Slowness present stunning tapestries to dream and chill to, with lyrics embodying both dour realism and hope woven throughout.

On June 7, this long-awaited album will be released on vinyl and digitally via Schoolkids Records, who has just launched album pre-orders via Indiegogo. In addition, the band are offering various swag or your own private concert. If you are into bands such as Low, Red House Painters, Slowdive or Galaxie 500, this could be your new main dig (and, having listened to the full album, you will find more goodness of this caliber across it). Other tracks featured here bring to mind Yo La Tengo, Flying Saucer Attack and certain periods of  Spiritualized’s rich musical career and even David Bowie.

“When I’m in NYC, I’m constantly shooting footage. I love and am fascinated by the place. And usually, what I shoot is boring and unusable. But if you shoot enough, eventually you find something. Last fall I was on a packed train at Columbus Circle going uptown, and as I got crushed up against the door, I looked across the platform where the perfect frame presented itself. I could barely pull my camera out of my pocket and get it placed solidly on the door window. I set it to the slow-mo function, and viola! The shot itself couldn’t have provided a better 3-act structure by pure luck: First there’s tension in the stasis of both the camera and the people waiting on the opposite platform. Then the train begins to move and pick up speed, eventually leaving the platform and the people on it, and goes into the tunnel. And then that express train comes along offering an up-close-and-personal view of New Yorkers enduring yet another commute, perhaps after a series of delays thanks to MTA’s continued descent into neglect and disarray, further representing the decline of our supposedly civilized society at the expense of working and middle class people,” explains Geoffrey Scott.

“On a personal level, this shot I took, which was a fortunate mistake for the sake of a music video, was totally voyeuristic and unethical, and I’m guilty of everything I deplore these days. Everyone has a camera and abuses it to no end because there are no rules anymore. There’s little consideration and no privacy, and yet we all condone it and, in different ways, participate.”

The Berths LP was produced by Monte Vallier (Weekend, The Soft Moon, Wax Idols). Side A was engineered by Dave Voigt (Luna, John Cale, Yo La Tengo, Alex Chilton) at his Beyond Notes studio in Brooklyn. Side B was done with Vallier at Ruminator Audio in San Francisco.

This release follows up their 2014 album ‘How to Keep from Falling off a Mountain’ and 2013 album ‘For Those Who Wish to See the Glass Half Full’.

This new Slowness album was purposefully slow like a hybrid between Slowdive, early-Cure and mid-period Neil Young. Often labelled shoegaze or dreampop with elements of slowcore, psych rock and even Krautrock, this music is perhaps best referred to as drone-pop. Imagine Spacemen 3 teaming up with Murmur-era R.E.M. with female harmonies.

“The stark contrast between the warmth and collectivism we felt in Europe and the individualistic and aggressive elements we felt upon returning to the USA made it feel as if our nation were spiraling into crisis, and that the fabric of our own society was becoming seriously threatened. We felt an irony in how our country, and what many consider the greatest city in the world, seemed to be dangerously playing with values that sent Europe up in smoke. And, yet, in the heart of Berlin we found gentleness, awareness, and egalitarianism expressed in small and large ways everywhere we went,” says Julie Lynn.

About the video, she adds, “Totalitarian control takes many forms, and the surveillance we all live under now is so wrapped up in the very workings of day to day life that our sense of entrapment is normalized. It is hard to imagine what the light at the end of the tunnel looks like when the invasive eye is part of government, business, and basic social interaction has become voyeuristic on an unprecedented scale. And yet tunnels always lead somewhere away from the starting point and, to quote James Baldwin, I am a prisoner of hope.”

Formed in 2008 in San Francisco, Julie Lynn and Geoffrey Scott started recording demos, crossing and tripping over wires from the pod to the four track recorder. In 2009, they enlisted Erik Karl on drums to help turn those demos into the songs that would become their 2011 debut EP ‘Hopeless but Otherwise’.

Eventually Lynn and Scott were joined by drummer Christy Davis, who has been playing for over 30 years with a wide variety of NYC artists, including Beastie Boy Adam Horovitz, downtown avant-garde artist Rebecca Moore, and political activist Reverend Billy.

‘Berlin’ is available across online stores like iTunes and streaming platforms like Spotify. The full Berths album will be released on June 7 and can be ordered at http://bit.ly/Slowness_PreOrder   To mark this occasion, the band will be playing three release shows as follows:

It’s also definitely worth your while to absorb ‘Rose’, their first single off of this same album:

by Aaron Badgley on August 17, 2017
SOUNDSCAPES FROM THE ROOTS OF BERLIN A CONVERSATION WITH SHIKHEE OF ANDROID LUST Android Lust, an interesting name for a band, but in reality, Android Lust is [...]