Video Premiere
1
179
previous article
SPILL FEATURE: THE HIGHS AND THE LOWS WITH LOWEST OF THE LOW - AN IN-DEPTH CONVERSATION WITH RON HAWKINS: PART ONE
next article
SPILL ALBUM REVIEW: CJ RAMONE - THE HOLY SPELL 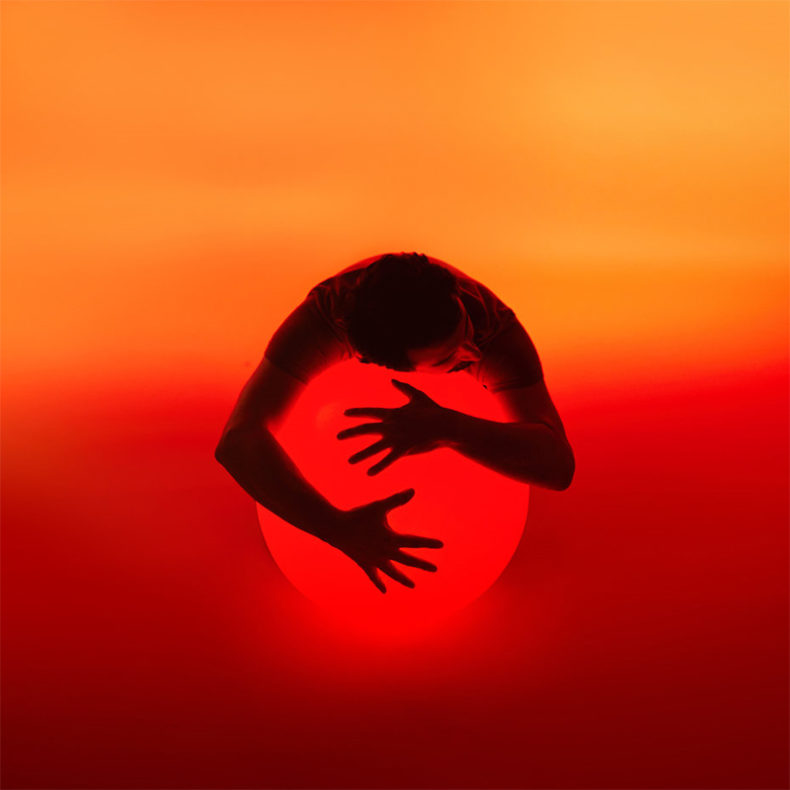 Dave Farina, lead singer and experimentalist behind electronic/minimal techno outfit, Simulated Sun, has written a love letter to Blade Runner, with his debut EP, Ignition, out May 10th. “In a biological sense, we are no longer evolving. We’ve removed ourselves from natural selection. But, I see evolution continuing in the technology we create and possibly merge with. Whether that becomes artificial intelligence and we merge with it, I don’t really know what is going to happen with tech, but I think that our civilization, our species as a whole, will continue to evolve in that context,” Professor Dave explains.

“Tannhäuser Gate,” is more specifically Farina’s homage to Blade Runner, with a loaded response to Roy Batty, the leader of the replicants, and his infamous monologue: “I’ve seen things you people wouldn’t believe. Attack ships on fire off the shoulder of Orion. I watched C-beams glitter in the dark near the Tannhäuser Gate. All those moments will be lost in time, like tears in rain. Time to die.” Farina then responds, sardonically, with the lyric, “We believe you Roy and we believe what you saw, but you’re just like us, and now you’re nothing at all.”

“Zero Point Energy” plumbs the depths of psychedelia and synthwave, referring to energy that is irrevocably obtained by the vacuum of space. “Space and time contain an infinite amount of energy from which particles quantum-fluctuate,” says Farina. The track also unpacks the frontman’s fascination with simulation theory, which is the idea that our universe is actually simulated, like an extraterrestrial Truman Show. Although, Farina does a better job of extrapolating: “Maybe zero point energy is the way they permeate their influence on our universe. They have control over every infinitesimal space in time. They know our code. We are their programs.” However disconcerting, Farina assures us that it’s unadulterated Sci-Fi. “It’s not meant to be taken too seriously,” he says.

“Simulated Sun” is the term or phrase used to describe a fusion reactor, “the next paradigm in energy production for humanity,” says Farina. “Ignition” is the term you would use for a literal sun, where “material accumulates and gets dense and hot enough where fusion begins happening,” Dave explains. Farina uses the synthesizer as his lead instrument in Simulated Sun, which is only fitting, given that its mechanism is traditionally an imitation of musical instruments and naturally occurring sounds, such as ocean waves.

Ruminating on science and technology, and blending themes of futurism and nostalgia on Ignition, classically trained pianist and drummer, Dave Farina, fixates on eschewing the current “press play” approach to live electronic music. Instead, Farina looks to Frank Zappa’s model of rotating musicians, valuing live performance, discipline and composition over everything. “I like innovations in live instrumentation, but I do not want to use technology as a means to circumvent the responsibilities of a live musician. We are 100% live. No backing tracks,” says Farina.

Farina may be radically adjusted to postulating through scientific reasoning, describing himself as “painfully rational.” However, “She Feels,” is a marked departure or acknowledgement of an emotion-based reality, and a song dedicated to his wife. “I’m rather emotionally detached as a person for a number of reasons. My wife is fascinating to me because she is such an empath and because she feels so much. It’s partly admiration and a celebration of what makes her who she is and sort of a lamentation of what I am, or what I see as my own shortcoming. She fascinates me. I’m trying to learn how to be a bit more like her, and I’m glad she’s this way.”

Yes, King Crimson, Pink Floyd, LCD Soundsytem and Boards of Canada may all be titular catalysts for Simulated Sun, but here’s how Farina envisions moving forward: “Everything at the forefront right now is in some way influenced by electronica. It was introduced in the 90s, having underground popularity, then diminishing briefly before its comeback. Now, pop music is largely electronica or hip-hop.  I’m interested in doing it in such a way that takes aspects from those aesthetics, but is played the way, ya know—a 1970’s progressive rock band would play it.”

Ignition is officially out on May 10th.

“I’m quite the science fiction fan, and way at the top of my list is Blade Runner. Roy’s final monologue is iconic, and always moves me to tears. Every time I hear it, I wonder about the places he refers to. What is the Tannhauser Gate, and what are the C-beams that glitter near there? The title had been in a list of potential song titles for a very long time. Then one day I stumbled upon a rough song idea that I had recorded years prior. Almost as a joke, I started singing to myself ‘Tannhauser Gate! What’s going on at the Tannhauser Gate?’ I liked it, and I began writing lyrics about Blade Runner, specifically about Roy himself. I used lines from the movie, making sure to use the single most iconic line as the chorus. I wanted to validate Roy, in a way, as his struggle with mortality is one that we all feel as part of the human condition. When it came time to make a music video for this song, I knew even more homage needed to be paid. I wanted to recreate certain scenes from the movie, and I wanted to play all of the characters myself. I wanted it to feel like a Beastie Boys video, where the tone is light-hearted and fun, but it still exudes an undeniable badassness. I met Danial and Kendra from Ravensview Films and pitched them the rough idea. The rest of the credit goes to them. Their amazing knack for production resulted in this gem of a video on a bare bones budget, and I couldn’t be happier with how it turned out. It’s our love letter to Blade Runner.” ~Dave Farina

by SPILL NEW MUSIC on May 4, 2021
PÆRISH NEW ALBUM FIXED IT ALL OUT NOW SIDEONEDUMMY RECORDS Paris based indie rock band, Pærish have released their new album ‘Fixed It All’ through [...]