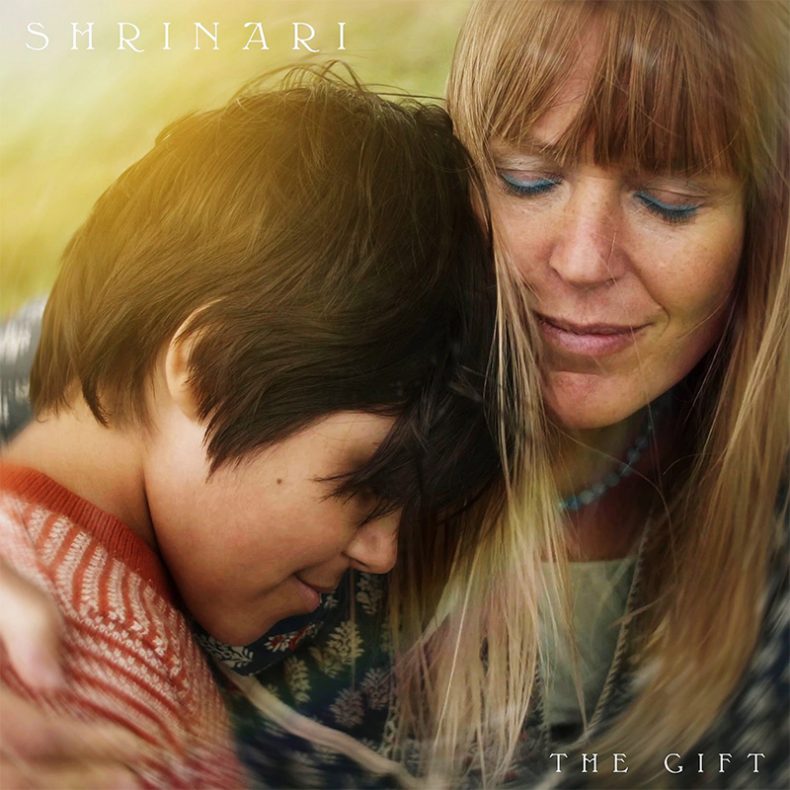 There’s always a ‘first time’ that you hear an artist’s name and discover their music. This is the day you will hear the music of folk-pop duo Shrinari. Their new single ‘The Gift’ will be released this week, presenting a taster of their forthcoming debut album, and today we present you the premiere of the video for this track. With the original idea by Lucidia Omamori and videography by Kai Ohio, the visuals on this short film only underline that this music could be dubbed earth-pop. It’s not just about them, it’s not about just you – it’s about all of us.

Shrinari is British vocalist-harpist Lucidia Omamori and Spanish multi-instrumentalist Rafael Marchante Angulo, who have been composing and recording for quite some time in preparation for this album, aptly called Hold On To The Hope, Though, which we definitely could use more of these days.

Omamori’s crystalline vocals and sense of innocence take us on a reflective and purifying flight as she moves through this song as Angulo’s instrumentation provides the perfect peaceful crucible in which to hold it, confidently and reassuringly.

Based in London, Shrinari is a leading duo on the British spiritual music scene, who tour internationally. Formed by , they incorporate harp, guitar and vocals into their music, which has a strong spiritual component and carries a message of hope, unity and connection. Making music that brings hope, their songs foster a positive outlook on life, while promoting ecological and spiritual awareness.

“This song was born after a local walk, in which we discovered a hollow oak that had been used as a litter bin and set on fire. It’s a contemplation about what was lacking in people’s lives that they would feel such an absence of connection to the natural environment that they would treat it with such disregard. My intention was to inspire the awareness of the need to respect and protect our Earth Mother and all living beings,” says Lucidia Omamori.

You could call this music genre fluid, sacred indie pop or spirit soul. You could call it high frequency or eclectic medicine music, Celtic or world folk. One thing is for sure – the collection of songs on their coming long-player Hold On To The Hope Though intertwine the personal and the collective, giving voice to the challenges we are facing in these changing times. Always delivered with Shrinari’s sense of optimism and hope filled wonder, their music reflects the point of no return that we are living through historically, together with the timeless themes of human existence and evolution.

“This moment in time feels like a crucial point. We’re in the middle of a bridge we’re crossing between what we have been and what we will become. This album is a bridge as well between many aspects: the personal and the collective, the ancestral and the contemporary, the magical and the mundane, logic and intuition, fear and trust, etc,” says Rafael Marchante Angulo.

“These lyrics depict personal and profound moments of exploration and discovery in my inner and outer journey, articulating my process of understanding my inner conflicts, integrating the effect of witnessing and contributing to the destruction of this planet we have been gifted. This is a reminder to ourselves and others to hold on to the hope, to perceive and to experience beauty where it still dwells, and to take action to shift the balance in a positive direction for the future generations. A reminder to honour all the teachings we have received along the way on our diverse path of spiritual searching, philosophical understanding and to show up with deep conviction to love this planet and preserve the beauty for all life as a result of clarity I have received in moments of realisation,” says Lucidia Omamori.

As of October 13, “The Gift” will be available across online stores, such as Spotify and Apple Music. The full album Hold Onto The Hope, Though will be released on November 24. A percentage of profits from this album and all of the duo’s music goes to support projects to protect the earth and indigenous people living in accordance with nature. The single can be ordered at https://push.fm/ps/tx0zzdz3 or . Both this single and album can be ordered via Bandcamp at https://shrinari.bandcamp.com. The single and one more track – “Desert Path” – will be offered for instant download upon the album’s purchase.

The track “Desert Path”, released in 2020 as a standalone single, will also appear on the album.