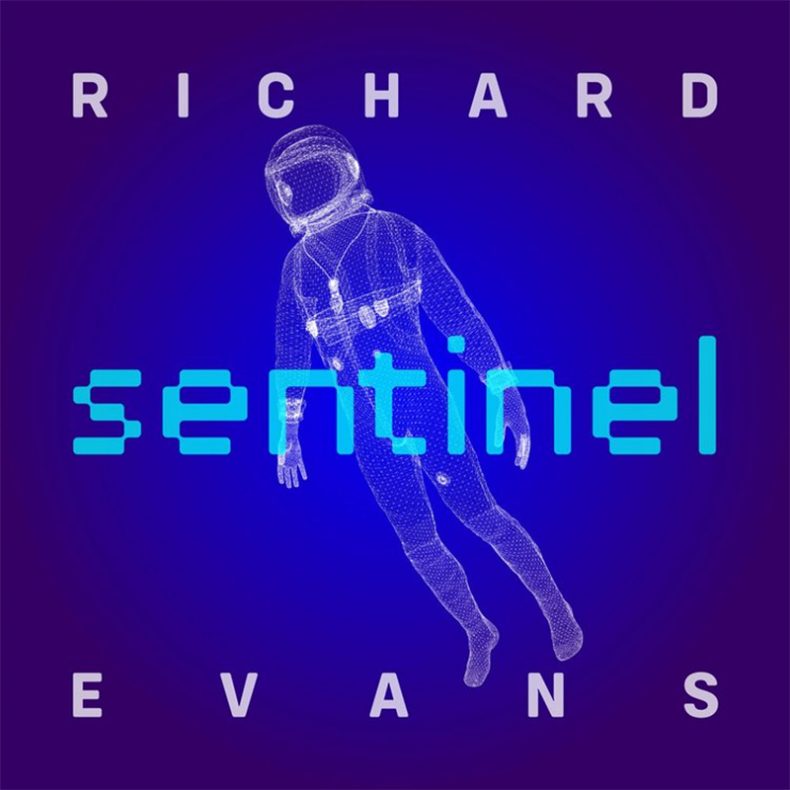 RICHARD EVANS – “MADE OF STARS”

As much as modern-day society is computerized and automated, we still have long-held associations of that which is robotic with the future. A good listen to the latest musical output from Manchester-based artist Richard Evans will have you wondering – through his musical approach (vintage retro analogue gear and more modern devices), his synthpop / vocoder-based approach to music and even the themes explored in this music (Cold War, Hiroshima-Nagasaki, today’s and tomorrow’s environmental devastation – how exactly the past, present and future are distinguishable and leave you with such questions as “is history repeating itself?” and “Will we ever learn from past lessons?”

Today we are pleased to present his new single “Made of Stars”, following up “Black Rain”, both of which preview the sonic goodness found on his debut album Sentinel. Despite a remarkable similar vocal timbre to Pet Shop Boys, the intricate and spacious instrumental backdrop it is set to demonstrates more clear parallels to the work of Rational Youth, Kraftwerk, New Order and Jean-Michel Jarre. While new wave has been around for quite some time, Richard Evans cleverly summons all the best elements of the genre, tastefully packaging them with thoughtful lyrics in a way that is completely fresh and forever young.

Comprised of eight track that tell the story of humanity at a tipping point and a world trapped in a climate crisis, this album will be released via British label Cold Star Media.

An electronic musician, writer and digital media artist with dual Irish-British citizenship, Evans projects are inspired from real-world science, exploring biotechnology, machine intelligence and the environment. The accompanying video for “Black Rain”, which surrounds the same themes, was filmed at the University of Salford / MediaCityUK by Ashley Tidball, Timur Atilgan and Will Wood.

Formerly keyboardist in UK cult band James, with whom he also co-wrote and recorded material, he was also a guitarist and songwriter for St. Vitus Dancers prior to that. Since cutting his teeth on the UK music scene from the early 1980s to early 1990s, his independent creative projects have received nine awards from Arts Council England and a Business Development Award from Creative England, as well as being commissioned for various projects by the University of Manchester and Manchester Science Festival.

“This video for Made Of Stars, filmed by Jason Lock, is based on the live show, where I perform inside a cube as video projections run on the screens. We wanted to capture the live experience, which uses the cube as a centrepiece so that the music and visuals are the focus for a creative exploration of the impacts of climate change. For this song, the video content includes data visualisations of temperature rises over the last century and a beautiful melting sun animation, created especially for this project by award-winning artist Valentina D’Efilippo,” says Richard Evans.

“Made Of Stars is about the theory that the building blocks of life on Earth come from space – we are made of stars. The lyrics are deliberately simple – words for life spoken in different languages – as vocoder vocals and sequenced synths, representing the different ways that life evolves, run in the background to drive the piece. This song opens the album which is bookended by the final track, Constellation, as its closing piece to keep the celestial theme.”

Sentinel will be released digitally on February 25th across online stores and streaming platforms, including Bandcamp, where it can also be pre-ordered. White 180-gram vinyl can also be pre-ordered exclusively through Diggers Factory. Limited to 300 copies, the vinyl edition is scheduled to ship on April 22, depending on the number of orders required.

To mark the digital release, Richard Evans will be performing Sentinel live on March 11th at Oxford’s Old Fire Station.

Below, Evans speaks about this project. Also enjoy the first single “Black Rain”: